Postcards from a Reader 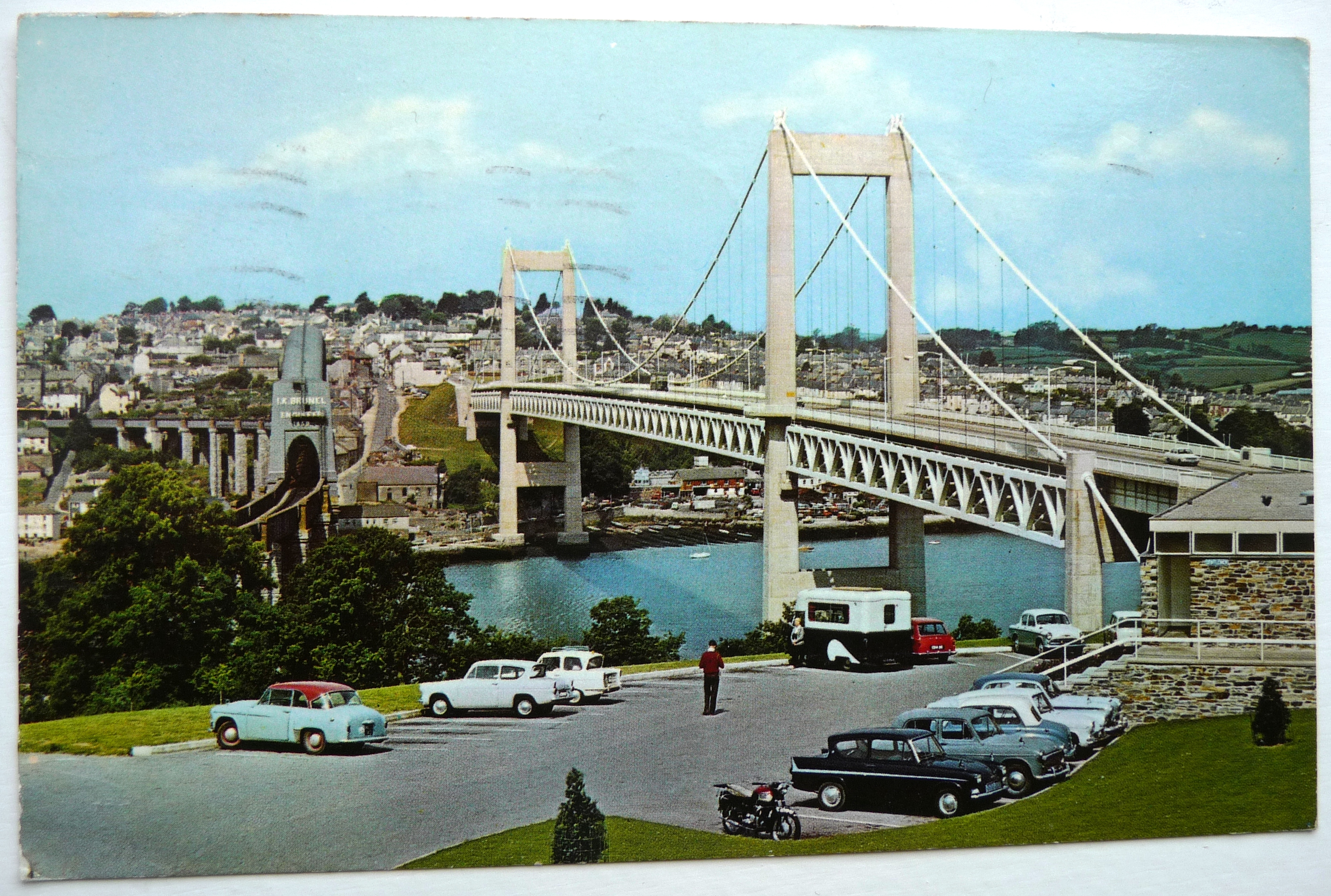 Many thanks to Rob van der Klugt from the Netherlands for sending in these four postcards and for providing the commentary.

Rob is a regular reader of this blog and first posted a comment back in 2014. I asked him how he knew the UK so well and this is what he said.

So I asked whether he had sent home any postcards while on his travels and whether he still had any of them.

I went through my collection of postcards that I bought, new or second-hand, during holidays in England. All of them show nice line-ups of fifties, sixties or seventies cars, but none of them would raise eyebrows. Here are four…

Since 1977 I’ve left thousands of footsteps on my favourite Eastbourne seafront. The photo shows lucky guests who have parked their Rover P5 (whitewalls!) and Rolls-Royce / Bentley at the entrance of the Burlington Hotel.

Magnificent lesson in change from prewar into postwar car design, visible when the models are put in correct order. (Sshh…Vauxhall halfway between both worlds). Nice puzzle, perhaps?

Postcard 4 – Tamar Bridge, Plymouth (bought second hand for the cars pictured. On the left a jolly nice Hillman Californian, and similar rear windows on Anglia and Reliant. Opposite a duotone Austin A105, with (yes!) wing mirrors.

Many thanks, Rob! A nice selection.

I remember Rob commenting on a couple of my cards of Eastbourne – Between the Wards in Eastbourne and Goings on in Eastbourne. I’ll have to find one with a Wolseley 1500 in it and send it to him.

Charing. What a delightful little town. I don’t think I’ve ever been there, but I looked it up on Google Maps Street View. Good to see the post office is still there in the same building. So many have now closed or become counters in supermarkets. Not the same thing.

I feel like a schoolboy waiting for the teacher to mark his homework. I’m not too hot on pre-war cars.

Ah, the Tamar Bridge card. I’m sure Rob’s mention of wing mirrors harks back to my post An SL with mirrors which features the same car park, oh and bridge. A nice link.  I also like the fact that the Reliant Robin is parked next to the Ford Anglia, both, as Rob notes, with similar rear windows. I’d forgotten the Reliant when I posted Reverse Rake Windows four years ago and Reverse Rake Windows #2 last year.

Thanks again Rob van der Klugt from the Netherlands.

One thought on “Postcards from a Reader”