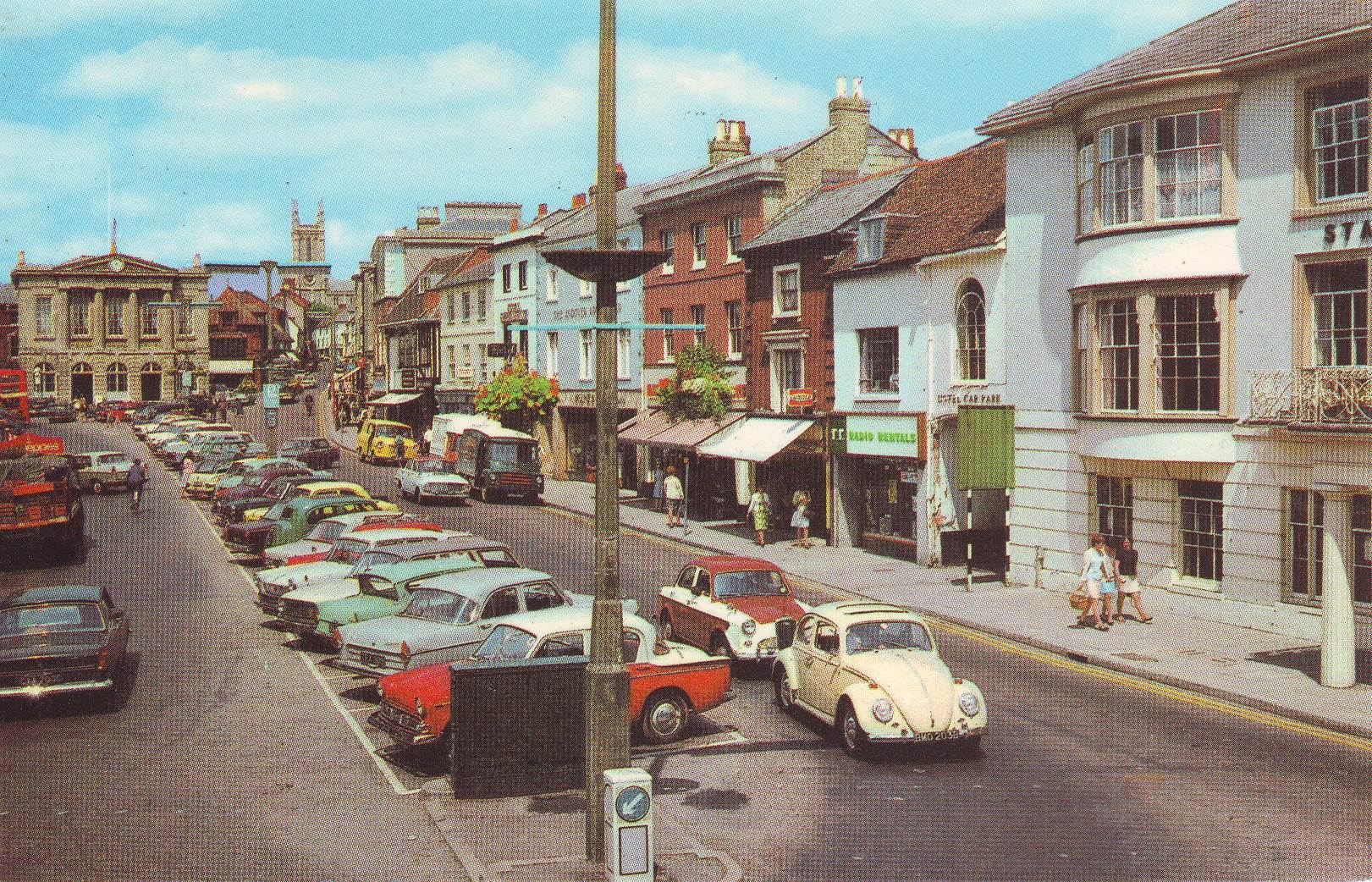 Here’s a postcard of Andover in the mid sixties I guess. The Beetle’s B Reg and the Zodiac is a C, so it’s at least 1965. How fashions change! Back in the fifties and sixties we thought it very cool to have a two tone car. Now you never see one. How many can we see here?  There’s the red and white Hillman Minx in the foreground,  the white and grey Vauxhall estate four cars back, the light blue and brown (my eyes must be deceiving me!) BMC something or other in the left road, the yellow and black something or other in the middle just before it, the light blue and red Vauxhall coming towards us on the right and the car my Dutch friend has been waiting for behind the Beetle with the steel sunroof, a red and white Wolseley 1500 Mk1.

And if that’s not enough for you, take a look at this little collection on Flickr… 15,604 photos of two tone cars: www.flickr.com/groups/two-tone_cars.  There are even a few Wolseley 1500s in there –  Two Tone Wolseley 1500s. Don’t you just love the Internet?