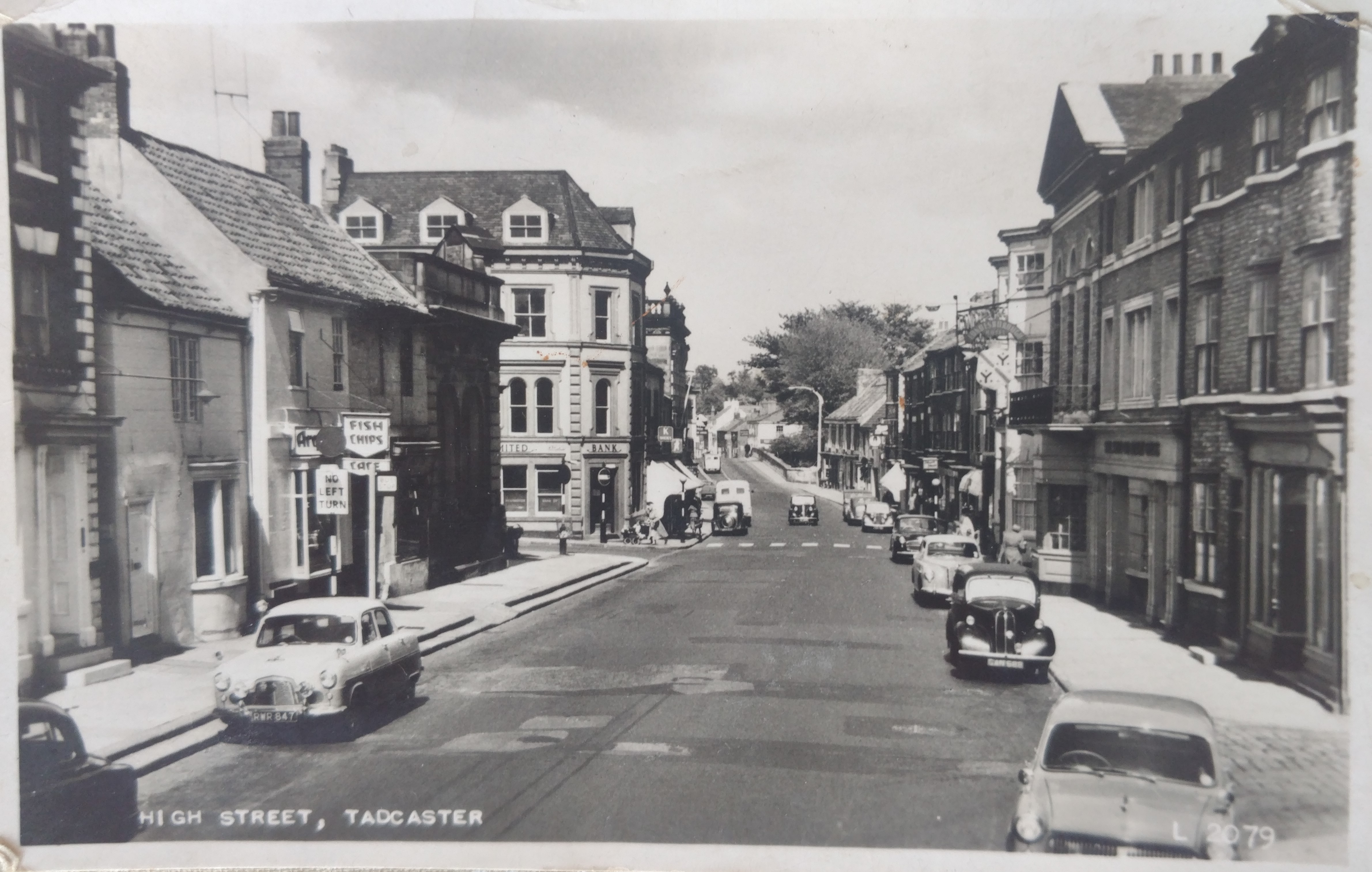 Posted on
1 year ago1 year ago
Tagged
Ford, Hillman

I was sent this postcard by a friend. I like it. Black and white, an everyday scene of yesteryear with some interesting classic cars in view.  On the left we have a Ford Zephyr Zodiac. In the sixties the Zephyr and Zodiac were separate models albeit sharing the same body shell, but for two years only, between 1954 and 1956,  the Zodiac was a type of Zephyr; an upmarket type.  So either side of the grill you had each name.

It was upmarket because it had two-tone paint, overriders on the bumpers and spot lamps. All luxury items over the normal Zephyr. Also, although it shared the same straight six cylinder engine as the Zephyr,  it had a higher compression ratio and produced a mighty 71 bhp to push the old girl onto a top speed of 80 mph.

So that’s the luxury executive Ford on the left. On the right we have another Ford. A Consul. This is the same family as the Zephyr but its humbler brother. Basically the same body but a shorter bonnet for a shorter four cylinder engine and less frills, less speed and less acceleration.

Behind that we have that black Ford Anglia or Popular. Impossible to tell. The Anglia was made from 1949 to 53 and was then renamed the Popular (Ford Pop) and continued in production until 1962.  This Anglia though was the second generation of that model. The first Anglia being launched in 1939. The earlier car was very similar but had a more upright radiator grill.

My friend also send me a photograph of his mother and the car she and her fiance (husband to be) drove to Austria in in 1951. A Mk I Ford Anglia!  What an adventure that must have been. The lady is still with us though perhaps her memories of that continental driving holiday are sadly more vivid than those of her more recent activities.

I’m not sure what the car behind the Anglia is in the postcard. Maybe a Wolseley? However, behind that is a Hillman Minx.

Now, my father used to have a Hillman Minx. A convertible. And since this post is about parents’ cars, here’s a picture of my grandmother and grandfather in it.

Good view of the semaphore arm indicator and the pillarless body. The rear windows are cool too, nice shape and fully retractable and this photo shows them well, with the rear nearside window being up and the offside down. Not much rigidity in the body, but it looks good and would have provided a very pleasant ride on a sunny Sunday afternoon.

Anyway, back to the postcard.   The photo was taken some time between 1954 when the Zephyr Zodiac came out and 1959 when it was posted. By this time my friend’s Mum was in Australia and it was her mother, my friend’s grandmother, who sent her this card. Do you know this place? Always the same!

Well, the bank before the junction, like so many, is now a Costa Coffee Shop and the fish and chip shop and that small house have been demolished, but sixty years on, much of it is indeed the same.

One thought on “Family Connections”