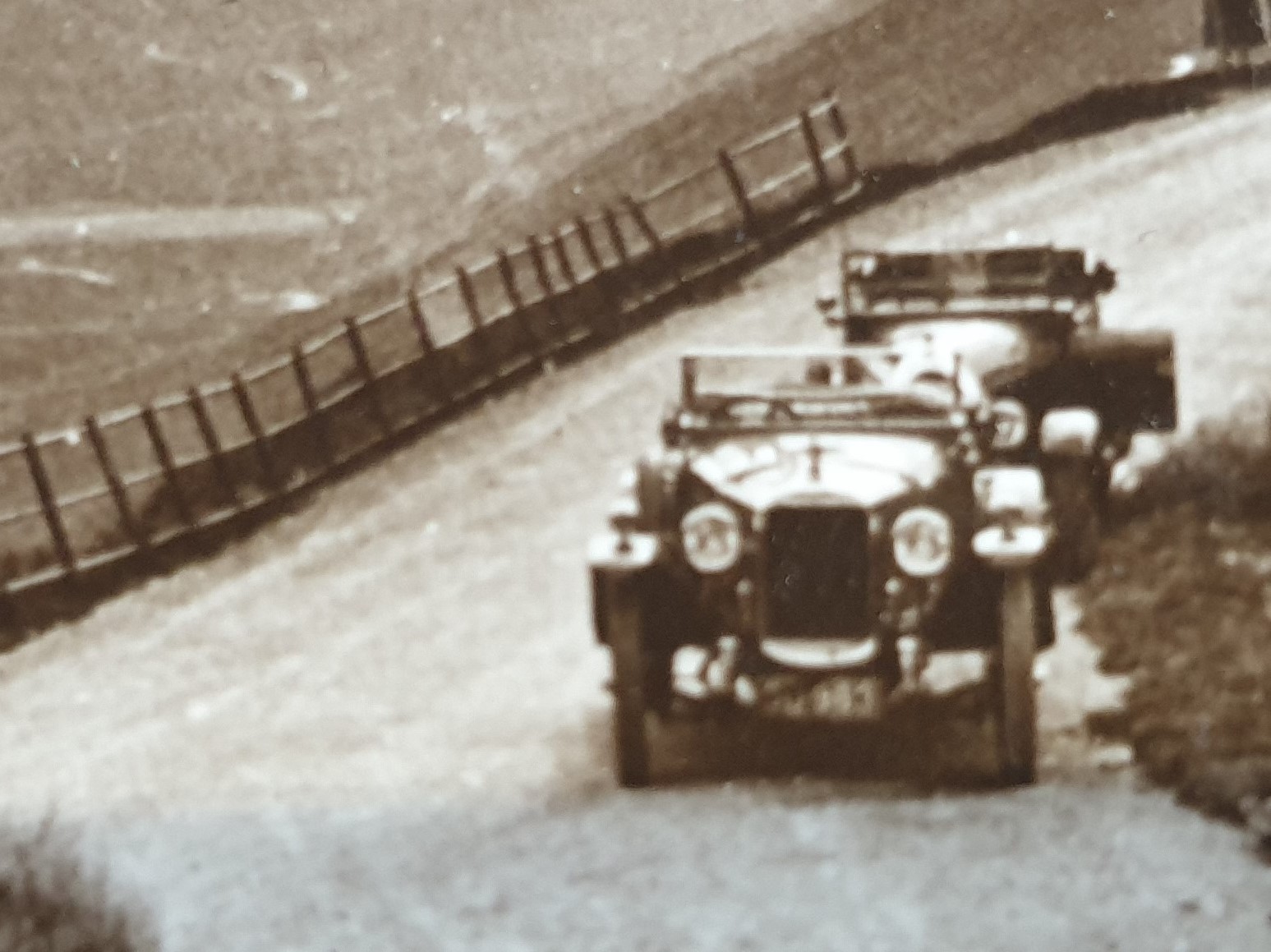 This is the Rest and Be Thankful pass which divides Glen Kinglas from Glen Croe in Scotland. You can go up there today on the A83 to a modern viewpoint where the A83 meets the B828 and you can see the old valley road, which was built by General Wade during the subjection of Scotland following the Jacobite rebellion. The soldiers who built the road erected a stone to commemorate its completion on which was written ‘Rest and Be Thankful’. That was back in 1753. Having got to the top I should think you would be thankful for the rest and the view! I guess this photograph was taken between the wars when these cars could climb the old military road and allow more people to enjoy this wonderful view.

The original stone has long since crumbled away but there’s a new version up there and picnic tables and a tarmacked car park with people carriers with sliding doors. But turn your back on that and you can see in your mind’s eye those early motorists who have made a journey never to be forgotten.

In the album that I found the first postcard I also found this one. Same car, same road, same day. As we can’t see the woman in the white hat in the first photograph perhaps she was the one who took the picture.

Today. Looking forwards above and behind below.

October 2018. The Rest and Be Thankful was closed for nine days after heavy rain caused a series of landslips which forced the closure of both the A83 and the Old Military Road. Now all repaired and reopened.