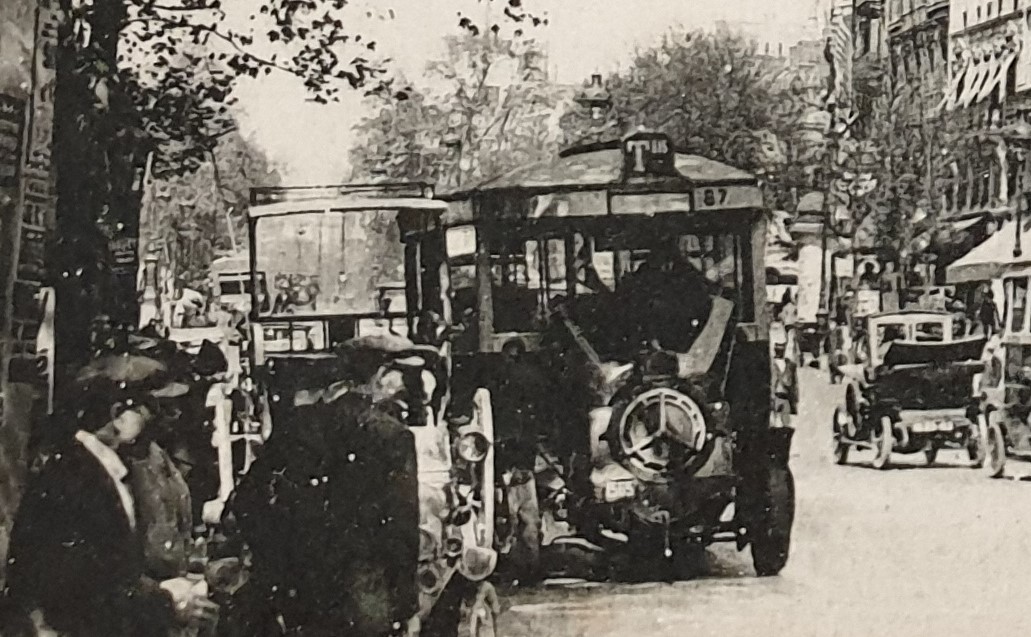 On the left, with what looks like a huge Mercedes badge on its nose, is a big De Dion-Bouton autobus.

Before the first World War De Dion-Bouton buses were a common sight in Paris (and New York too) but undoubtedly this one would have been requisitioned by the army in 1914.

The postcard is unposted and not a reproduction, so I was quite pleased to have found it.

The ‘badge’ is no badge at all, not even a De Dion-Bouton one. It’s a cooling device called a Goudard et Mennesson centrifugal radiator and sometimes called a Solex Radiator.

Here are a few more vehicles with such devices.