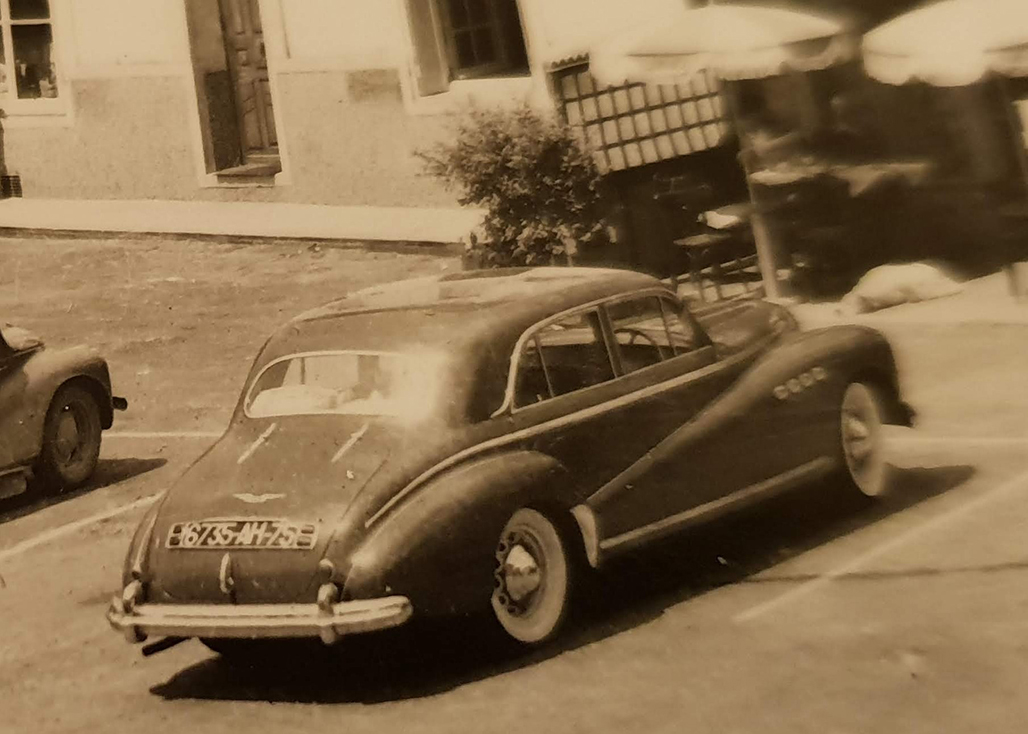 In my last post – The Hotel de France Mystery – I speculated that this might be a Buick Roadmaster but I wasn’t 100% sure. One of the reasons I thought it was a Buick was because of the portholes on the front wing. However, I posted the image on a Pistonheads forum and on a Reddit sub reddit and have been put right. Portholes – called Ventiports  apparently by Buick – could be had  for any car in the form of stick on cosmetic accessories in the fifties and this is a French built, and Paris registered,  Salmson Randonnée G-72. (Thanks, Doofus on Pistonheads).