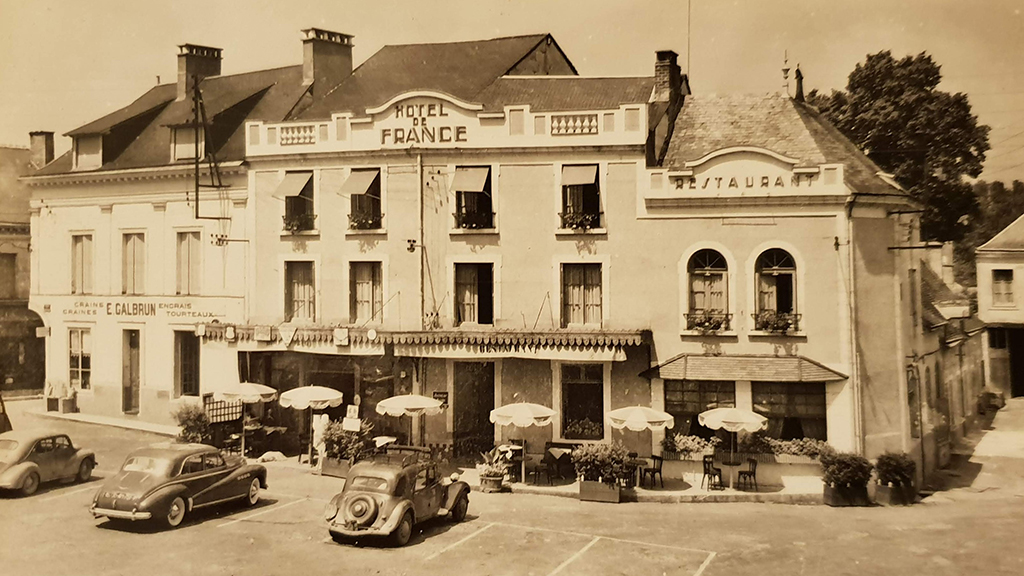 Posted on
1 year ago5 months ago
Tagged
Buick

There’s a little town 50 km to the south east of Le Mans called La Chartre-sur-le-Loir which has a delightful square on which presides a hotel called Hotel de France.

In The UK, or rather on the world wide web, there is an online forum on the Pistonheads website where those of us without anything better to do stare at old photos trying to identify old automobiles.

This one came up recently with the interest being the small fastback coupe nearest the hotel.

The thread started in June 2018, is still active and so far the car remains unsolved in my opinion, though some readers have proffered opinions. I certainly don’t know what it is. However, what caught my attention was the scene in general because I have another postcard of the Hotel de France. Mine is unposted though someone has scrawled 1957 on the back with a very flamboyant French 7.

I have a mystery car too, though I’ve almost got it.

The four circular air vents in the front wing immediately tell us it’s a Buick.  It’s post war, probably late forties, so my guess is a 1949 Buick Roadmaster. However, the lights are different to any Roadmasters I can find a picture of and when I do find one that’s similar, it doesn’t have the four vents.  So am I barking up the wrong tree? I also find it odd that it’s Right Hand Drive and what does that very long registration number signify?

I think ‘ll pass it back to the Pistonheads forum and see what those guys make of it. If you know, please post a comment.