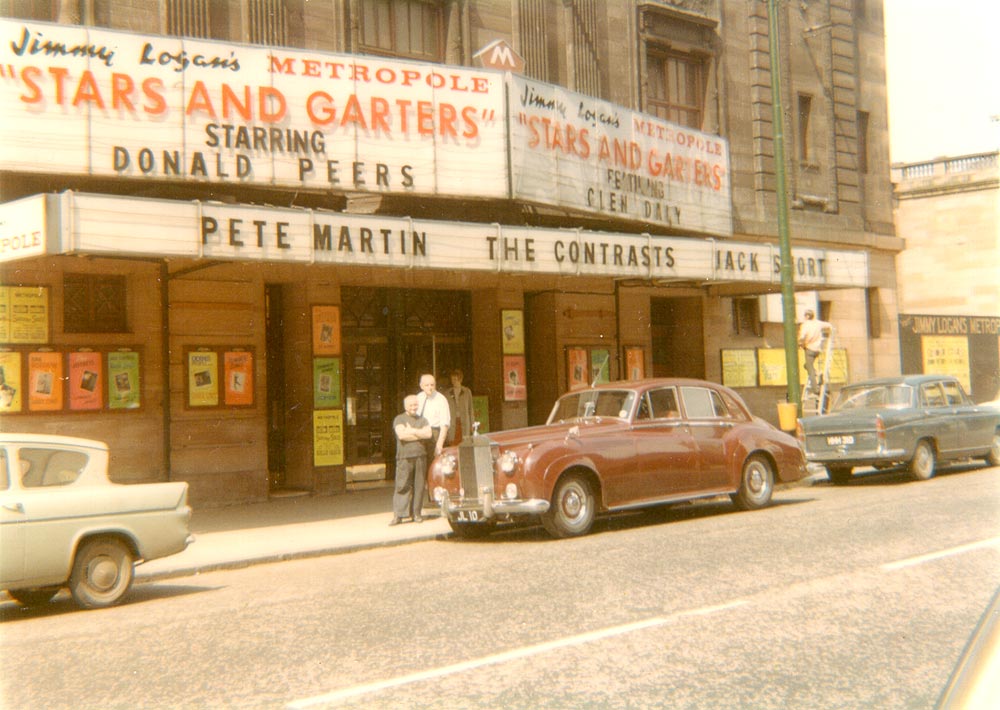 Posted on
7 years ago2 years ago
Tagged
Rolls Royce

Another great photo from the The Glasgow Story archives.  This one is of Jimmy Logan’s Metropole Theatre in 1967. Outside is a 6.2 litre Rolls Royce Sliver Cloud with the registration number JL10.  By 1967 the Silver Cloud had been replaced by the more modern looking Silver Shadow, but that car never had the presence of the older car.  JL10 now finds itself on a Mercedes S500. I don’t know what became of the Roller.

The Glasgow Story website says of this photo, “the car was seen as an unnecessary indulgence by some, but Logan told a different story. According to his autobiography, he once traded in his Rolls for a more thrifty and business-like Vauxhall. Thinking that their boss had encountered financial difficulties, the Metropole staff grew concerned for the future of the theatre and their jobs. To put an end to fears and rumours, the theatre owner had to find himself a new Rolls Royce.”