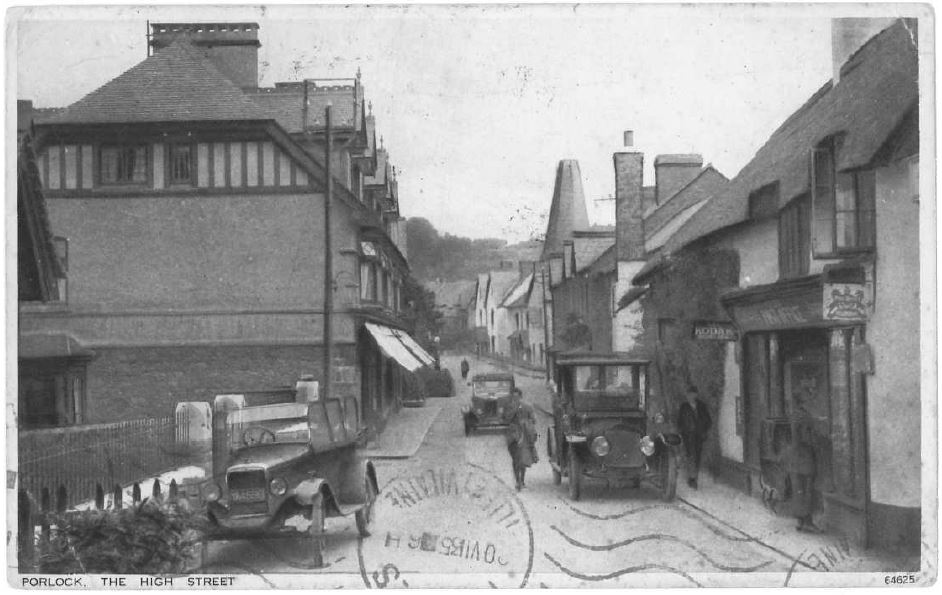 This postcard was posted between the wars (the stamp is 1935, though we cannot make out the postmark date) but the scene looks like before the Great War to me. Not sure what the small four seater convertible is on the left, the car in the centre may be an early  Bullnose Morris and the large car on the right might be a Wolseley 16 – 20hp Landaulette. The postcard is a little fuzzy, which is a shame, but it’s an interesting scene and the place is still recognisable today.

However, what’s perhaps more interesting is what’s on the back.

I asked a friend of mine who teaches French to translate. He said it wasn’t easy, but this is what it says…

“I miss only you. If we had known how successful this would be ??? would have taken you away despite the harvest.

What are you up to? Making money for ingrates? You are well capable of not having given us a sign of life.”

Then upside down at the top, we have…

“Replacing the mumps with this is to make progress, I assure you.”

If anyone else wants to have a go at translating, please do. It makes little sense to me. Maybe it was written by an English person (or more than one?) with a French dictionary.  The handwriting’s not so easy though; even the address is problematic. It looks like ‘Reunes’ to me but I’m not sure there is a French town called Reunes, which might explain why it was returned.

I wondered what that blue writing meant – obviously something scrawled on the postcard by someone in a French post office. Would you believe there is a fully illustrated 55 page document in English on the web called ‘ Markings that Moved the Mail in Indochina‘ that sheds light on what markings made by the French postal authorities over there meant, but I think we can assume it would have been the same in France. So, because the postal clerk could not identify the address, he wrote “Rebuts” on it indicating that it should go to the Dead Letter Office. Luckily (?) there is a return address on the postcard – 1 Redway, Porlock – so the card came back to Somerset and we can only assume it never found its way to Mademoiselle Bougas at 55 Rue Paul Bert, Rennes, which does exist and is still there today.

If you liked this postcard and want another with a French connect, check out Saint-Chinian Triumphs.