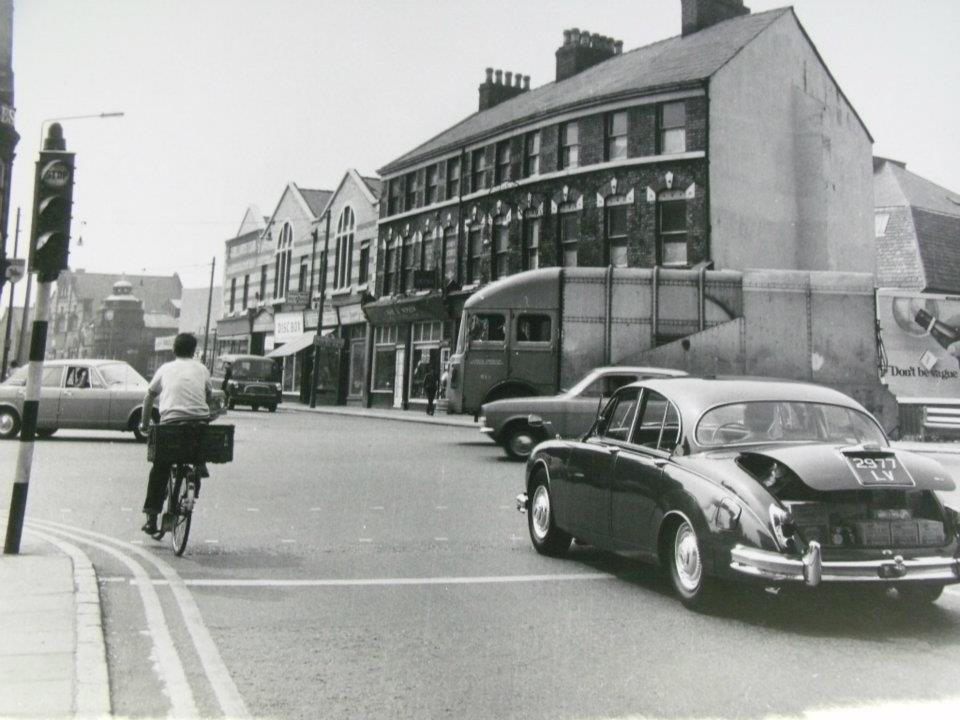 Posted on
7 years ago
Tagged
Jaguar

Looks a little chaotic to me and you have to wonder whether that Jaguar’s boot lid has just lifted as a result of an emergency stop at the red light of whether there’s just too much in it.  In fact it’s probably on its way back down if it did fly up as the suspension has already levelled out. This is Liverpool back in the sixties and comes from a fascinating Facebook site called Old Photographs of Liverpool Picturebook.

The Jaguar is a 2.4 litre Saloon.  These were built between 1955 and 59 and called retrospectively the Mark 1  when the Mark 2 was launched on 1959. Later still this body shape was named the 240.  This particular one is still on the road today in 2013, which seems surprising when you see how it was being driven back then.  I wonder what it towed.