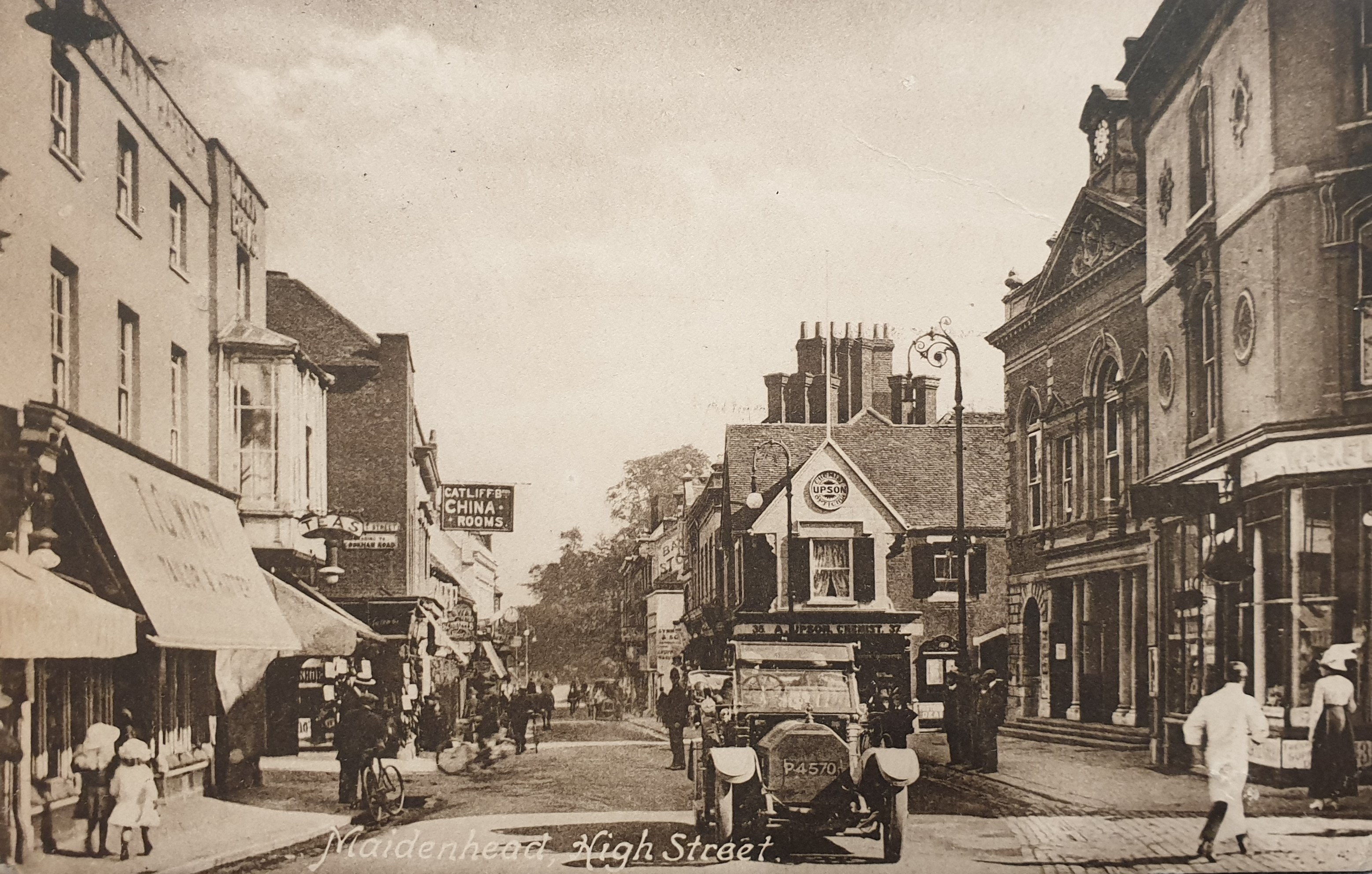 Posted on
3 months ago1 month ago
Tagged
MYSTERY

Little girls walking by themselves along the pavement on the left in very fancy dresses and hats, a cyclist caught in a blur of motion turning into a side street beneath the Catcliffe China Rooms sign, a policeman standing on point duty in the middle of the street behind the car and in front of the town hall, a group of capped men standing in a line by the lamppost, Mr Fletcher, no doubt, in his butcher’s apron running back to his shop, W&R Fletcher Meat Purveyors, on the corner to attend to the woman in the flamboyant hat. And there in the middle is a fine old Edwardian car with its hood down and hinged windscreen open. At first I thought it was parked in the middle of the street, or abandoned broken down, but then I saw the two gentlemen inside. The driver wearing a flat cap, the passenger with a Fedora, so I guess chauffeur and employer. I’m not sure what car it is. Maybe a Berliet? Or a Fiat? What strikes me is that there are no headlights, we can see some pipework on the scuttle and there is something that looks like a large diameter pipe rising vertically at the side of the bonnet on the nearside. A fancy horn perhaps?

I’ve asked Morris Klein-Laarman, the editor of the PreWarCar.com, for help and he’s going to make it the Monday Mystery on the 25th of November. So perhaps we’ll know more at the beginning of December. Watch the comments section of this post for an update.

My card was posted in 1920 with a George V stamp, but it’s clear to see from the clothes people are wearing that it’s Edwardian and we can tell from the Frith number on it that it was first printed in 1910.

When researching this card I came across a couple of others on the web which make interesting comparisons. The first is another Frith card which has been colourised and shows slightly more of the original photograph.

The second has no car but we can see the policeman more clearly.

This image comes from the blog Postcards Then and Now, which shows the same scene in about 2012.  I like the three schoolgirls. What were they deep in conversation about I wonder. And who is the man behind the policemen? What’s he doing?  The photo seems to have been taken with a longish exposure as there are some weird ghostly effects in that part of the photo. A man with no legs for example.  There’s no car here but there is horse or donkey coming down the street pulling a cart. Postcards Then and Now shows that not one of these buildings survives today and some say it’s a shame to have lost all that history, but poke about on the web a bit and you can find pictures of the High Street in the 1960s. A sorry sight indeed. No wonder they pulled it all down.

A discussion on PistonHeads suggests this is a Mercedes.