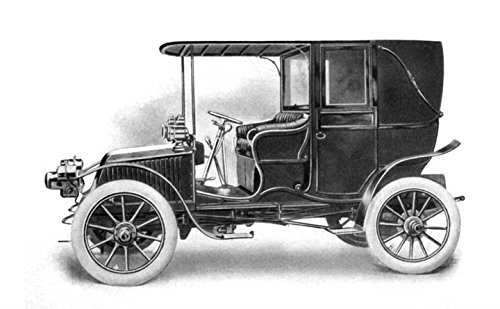 Posted on
7 months ago

Sometimes I come across a postcard that I like, but which has nothing to do with cars, so it doesn’t make it into this blog.  I’ll have to work hard to justify this one’s inclusion.

The postcard is addressed to a Master G Huxley at Hillside, Godalming.  No need for a full address, the postman would know where Hillside Preparatory School was. Gervas Huxley was born in 1894, the same year as his now famous cousin Aldous and they both went to Hillside in the autumn of 1903 when they were nine.  It’s now February 1905 and Gervas is in his second year at the school and as he came top in class, his mother says he must stay there, which he did until 1908 when his mother chose Rugby for his public school.

The Hotel is this one I have marked with a X on the roof & we have such nice sunny rooms facing the sea.  We have been driving over to Christchurch this morning and sitting in the gardens this afternoon. Daddy is getting quite lively again. We go home Monday and we were so very glad you were top again. You must stay there! Mother.

When Gervas was seventy years old he published his autobiography, Both Hands, in which he describes life at Hillside. He paints a very grim picture, bullying, disgusting food and poor teaching, but looking back sees it as character building. He was known as Huxley Major and Aldous, who was three months younger, as Huxley Minor. In the book he makes no mention of coming top in class but does say that the teaching at Hillside was uninspired and that “it certainly failed to evoke any enthusiasm in me and I only worked at my lessons for fear of the punishments that were freely dealt out to delinquents.”

Looking for something car related in Both Hands I came across this fascinating description of a journey from London to Kinross in Scotland that Gervas took with his father two years after the postcard.

We left at 6 a.m. and after a second breakfast at Stamford and a sandwich lunch, got to York in time for an early tea. In spite of its over-heavy and over-high landaulette body and small engine, the Renault never faltered over the 200 miles, achieving a speed of thirty miles an hour on the flat. The speed limit on all roads was still twenty miles an hour, but we avoided the police speed traps at several well-known points. My father sat in front with his chauffeur, while I reclined on the comfortable back seat with the half-hood open, reading the Story of Scotland and watching hens scattering, dogs barking and horses shying as we rolled on leaving a cloud of white dust behind us. After a night in the Station Hotel at York we reached Kinross comfortably by tea, crossing the Firth of Forth by the Burntisland ferry.

Nine years after receiving this postcard from his mother Gervas joined the British Army when war broke out in 1914 and he became a battalion bombing officer earning himself a Military Cross on the first day of the First Battle of Passchendaele.  The Battle of the Mud they called it.  Such a long way from life at Hillside.  He did not stay in the army beyond 1919.

His mother at approximately the time of writing the postcard.