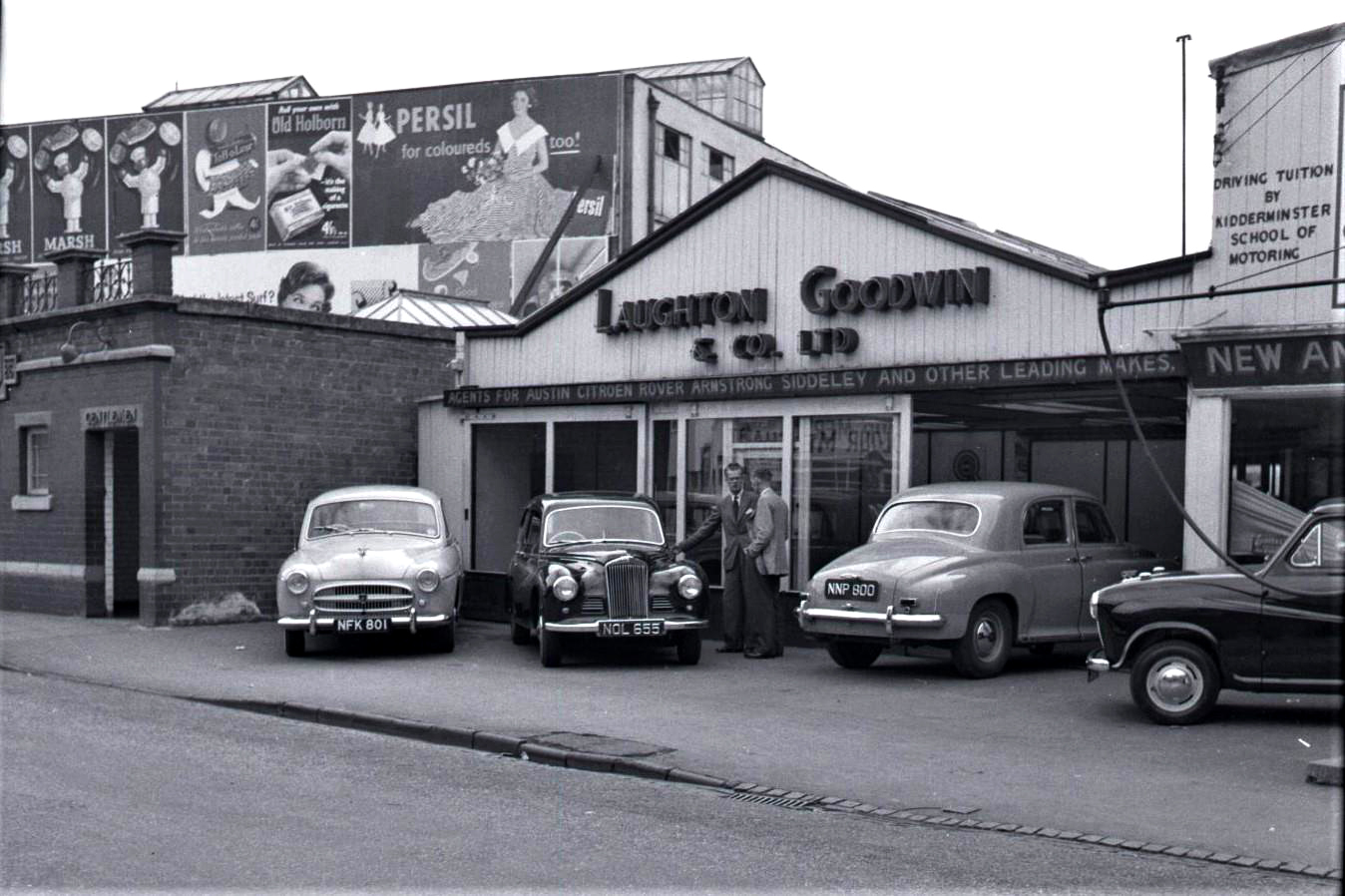 Here’s another interesting photo from the Kidderminster Past Facebook page – Laughton Goodwin and Company Limited. As the sign writing says, “Agents for Austin, Citroen, Rover, Armstrong Siddeley and other leading makes”.

The Rover, when it was introduced in 1950, was very modern looking with it’s ducktail rear end based on an American Studebaker and it’s third, centrally placed headlight, which gave it the name Cyclops. However, next to the Renault it looks very dated now. The Sunbeam was also launched in the early fifties and had great success in rallies coming second in the 1952 Monte Carlo Rally and a Mk III won the 1955 Monte Carlo outright.

There’s so much to look at in this photo. Apart from the cars there are the huge advertisements in the background. Although we still have advertising hoardings, these are really a thing of the past with companies now spending their advertising budgets on social media. Another thing of the past, it seems to me, are the public toilets we see just to the left of the forecourt. Not sure where people are expected to go these days.

There’s a sad story connected to Laughton Goodwin I discovered. Laughton Goodwin’s sons, Mac and Barry, both joined the RAF at the beginning of the Second World War and both lost their lives in the summer of 1940. The full story, including the devastating effect the boys’ deaths had on the family, is told in the book Palmers Hill by Ian Morris.

Let’s finish on a lighter note. A trivia question. What design feature do the Rover and Sunbeam have in common which is rarely seen on any car these days?

3 thoughts on “A Fifties Forecourt”