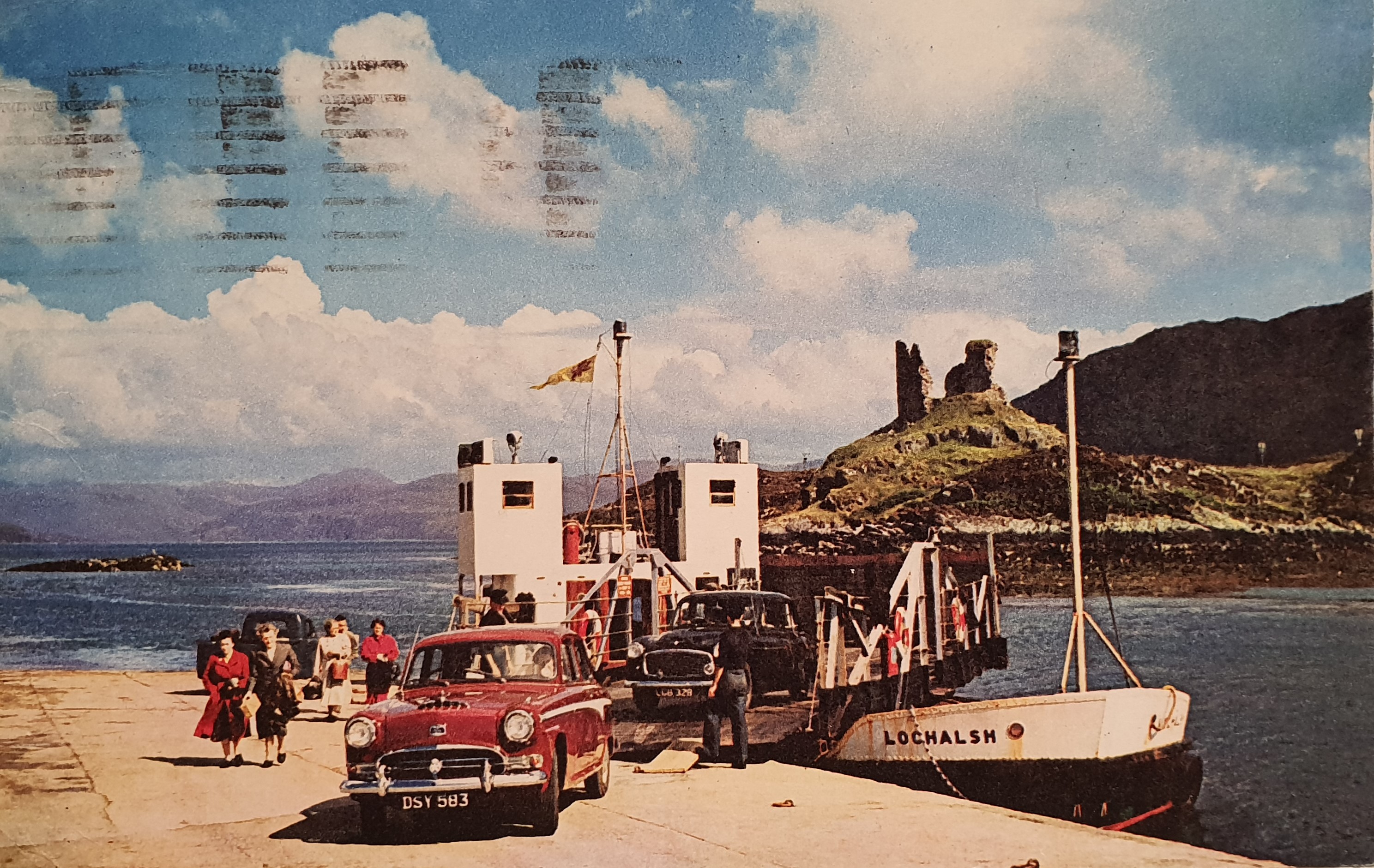 Posted on
1 year ago

Another ferry.  This time the Skye ferry. On the back of the card it says “The main approach to Skye is by Kyle of Lochalsh and across the narrow ‘Kyle’ by ferry to Kyleakin.  Here passengers are seen disembarking at Kyleakin with the picturesque ruin of Castle Mail in the background.”

What it doesn’t say is that DSY583 is an Austin A55 built in Birmingham and registered in Midlothain (Edinburgh). So they are about six hours north of home. The different coloured flash down the side and the interesting grille with two horizontal chrome strips as opposed to the the more usual mesh made me wonder whether there is one of the those very rare Vanden Plas versions. What a segue that would have been from the Dylan Princess Ferry postcard! But I think that would be too much of a coincidence. It does have over-riders but no wing mirrors, which I would have expected, and we don’t have a clear view of the badges on the front wing. So I think all we can say with any certainty is that it is a late fifties Austin Cambridge.

Or is it a Westminster?

What’s behind it? Looks like a mid-fifties Hillman MInx Mk VII perhaps?

There’s a message from Jonathan (?) to the Sadlers in Lomax Cottage in Southend-on-Sea and the postcard was posted on 22 August 1968.

2 thoughts on “From Longbridge to Skye”