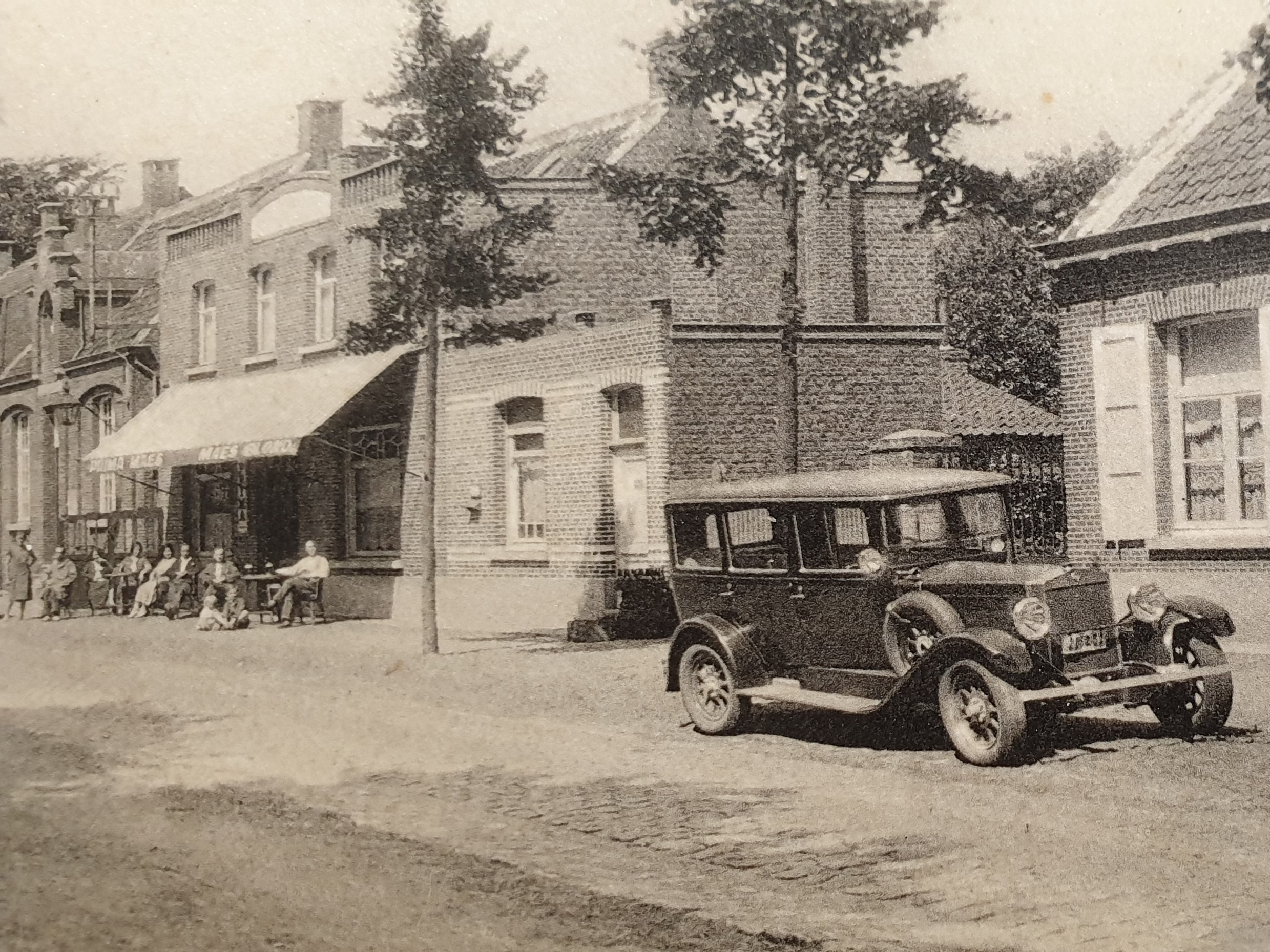 Rob says he’s completely sure it’s a 1926-1927 Fiat ‘503’ and NotWhatYouKnow says he thinks it’s a Fiat because – “1. Radiator shell is straight lines for top and sides, but is showing top curved cutout across the bottom for the crankshaft mounted dynamo/starter (generator and starter in one), slightly visible in the postcard. 2. Emblem on the radiator shell. 3. Distinct front fenders – see this image a) The radius changes to an decreasing radius curve for 15cm or so of the leading edge. b) the outer vertical edge is 6-7cm.

This is Sint-Job-in-‘t-Goor, a village not far from Antwerp, Belgium.

What a peaceful scene. People sitting outside in the afternoon sunshine having a drink and a chat.

I think the car is an FN (Fabrique Nationale) but not entirely sure. FNs were made in Herstal about an hour and half south of the village. Well maybe a couple of hours back then.

The postcard was posted on 24 August 1939. It’s written in English from someone called James to his mother. He invites her to stay from September 1st so as to give his wife time to put the house in order for her visit.

We don’t know where James lived, not even the country, but the topic of conversation for the duration of his mother’s visit was sure to have been dominated by Hitler’s invasion of Poland on 1st September.

The carefree people in this postcard would have remembered how Belgium suffered in the Great War and their country declared itself neutral in 1939. However, they were invaded again in May 1940.

No FN cars were produced after the thirties.

One thought on “In blissful ignorance”