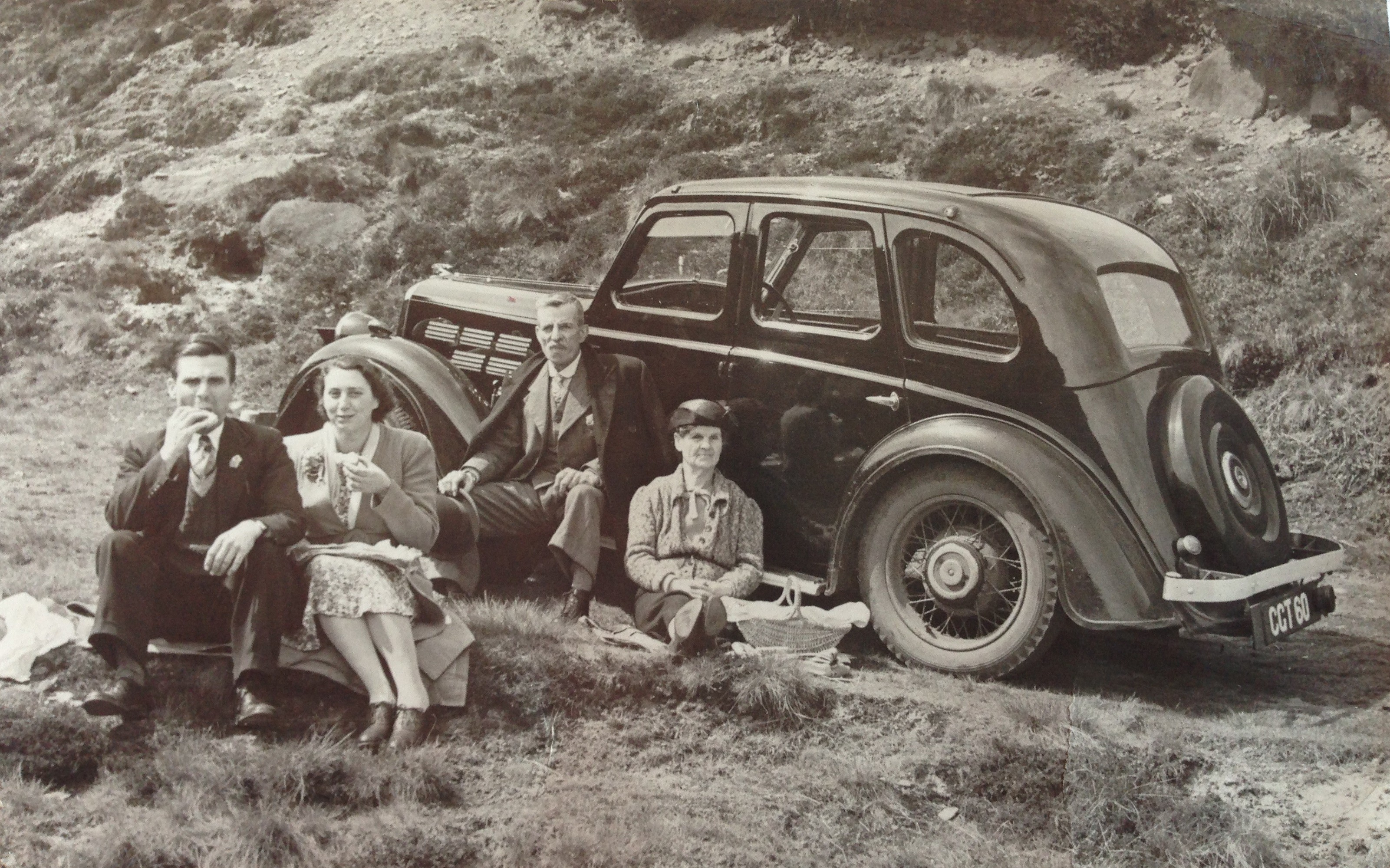 Posted on
5 years ago
Tagged
Morris

I need some help with this one.  A thirties saloon, undoubtedly British, but what is it?  I love the composition. Two generations but we can only wonder at the relationships. And who’s the fifth person?  Or was the camera on a timer? But then surely the younger couple would have put down their sandwiches? The photo is a postcard but the back  gives no clue as to where the photo was taken.

Later edit 25 Sept 2014 – There were a couple of suggestions but I think Andy Bowen nailed it. “Looks like a Morris Ten Four judging by the bonnet mascot, vents and swage line.”  Thanks, Andy.