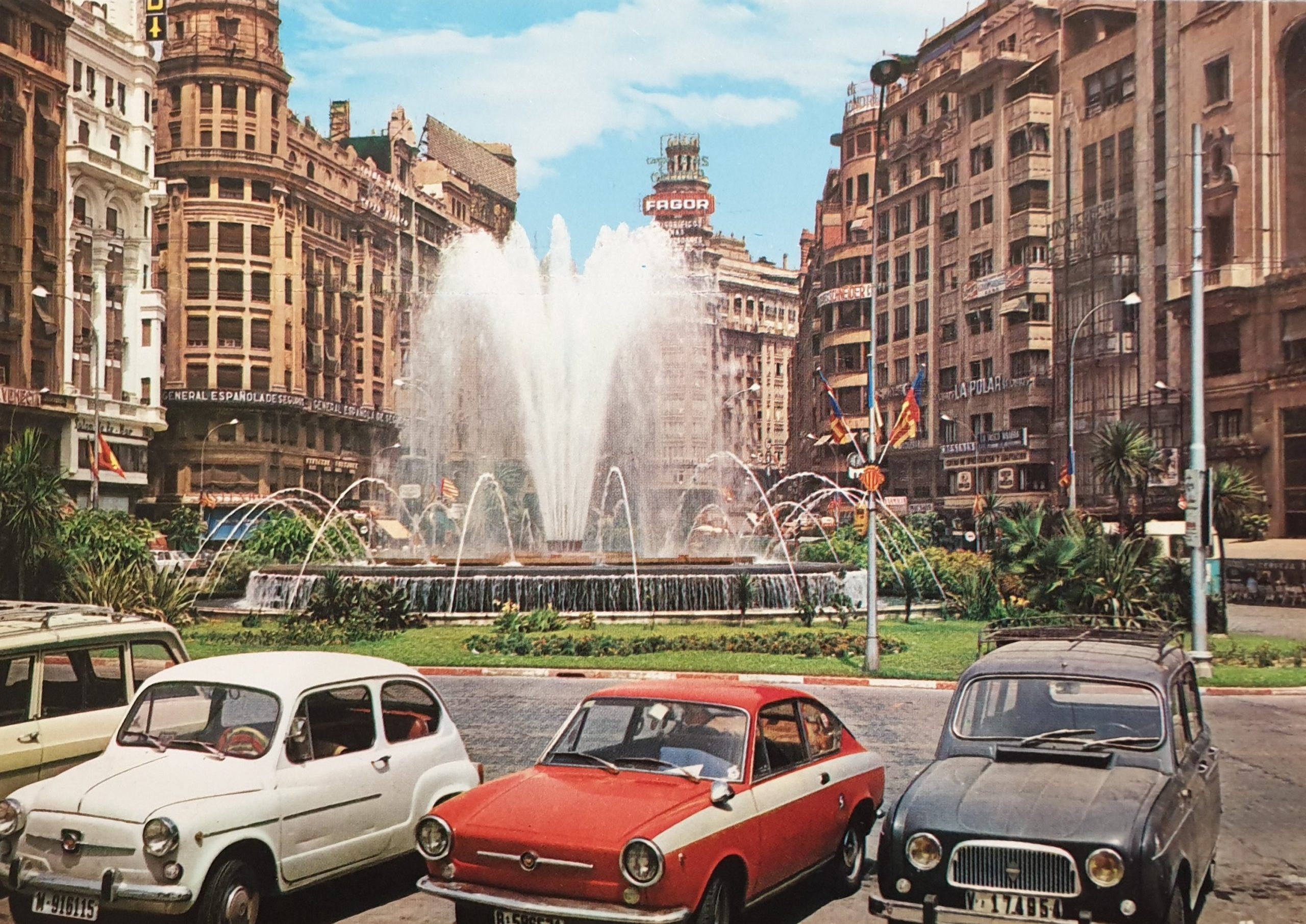 Not a FIAT ( Fabbrica Italiana Automobili Torino) 600 but a SEAT (Sociedad Española de Automóviles de Turismo) 600, a SEAT 850 Sport Coupe and an early Renault Four, or as they say in Spain ‘Four Cans’. Well, they actually say Cuatro Latas and FASA (Fabricación de Automóviles Sociedad Anónima) rather than Renault as it was built under licence in Valladolid.

And then over there on the left (Why didn’t the photographer just centre the fountain?) is a Citroen Ami 6 Break or a Dynam as it was called in España. They couldn’t call it an Ami apparently because that was the name of a biscuit.

Names are important. I’ve heard it said that years later Vauxhall tried to sell the Nova in Spain but as no va means it doesn’t go, nobody bought it and they renamed it the Corsa. That’s not true, but it’s a good story. Merde! That’s what the French say when they see a Toyota MR2. I’m not sure that’s true either. What I do know though is that this is Plaza del Caudillo in Valencia. It’s a hot afternoon and the guy who cleans the cars is having a siesta.