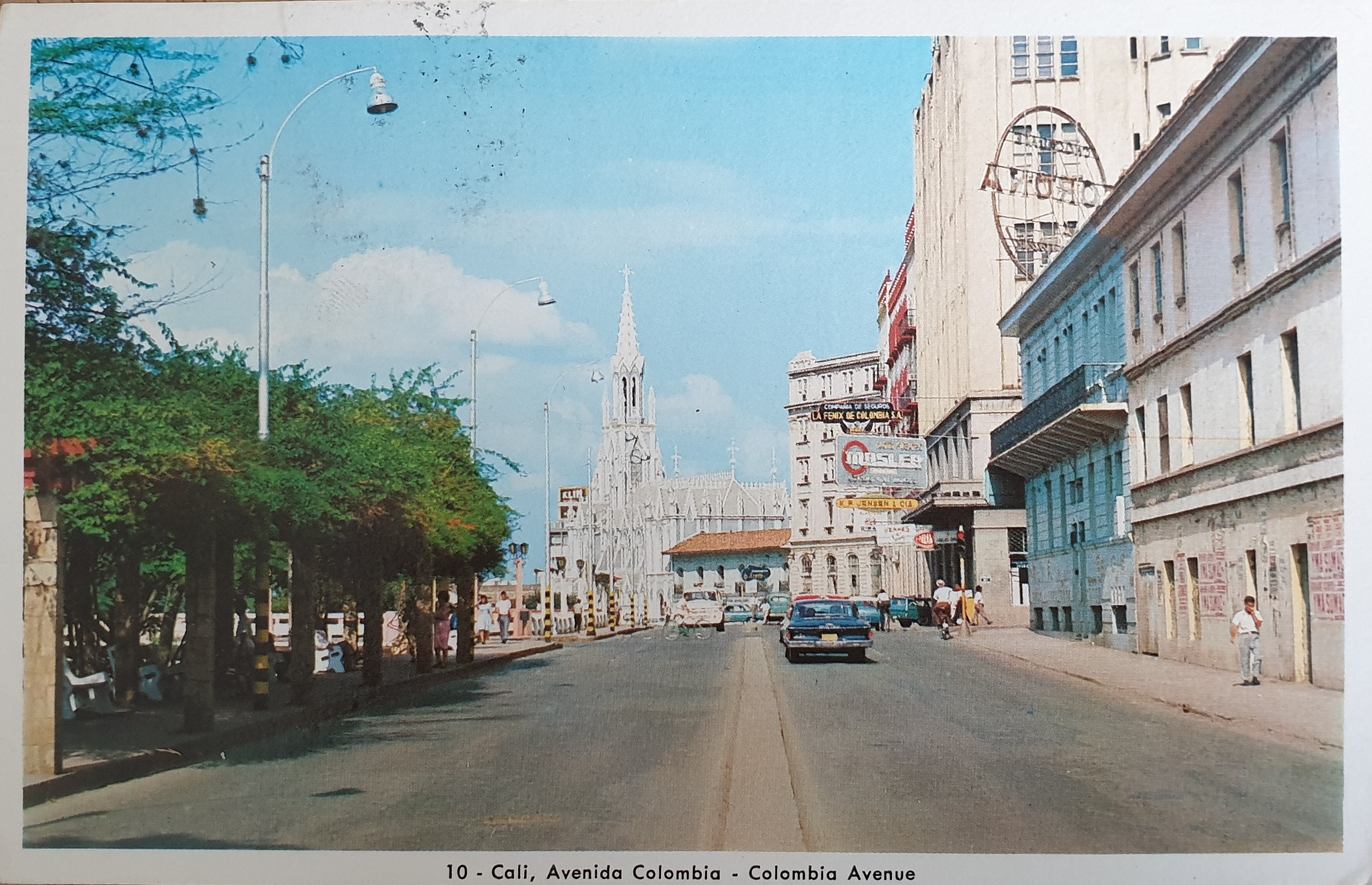 Posted on
7 months ago
Tagged
MYSTERY

I couldn’t identify this one and asked on a forum. The only suggestion is a 1961 Plymouth Fury. True, the lights are small and right on the edge. but there’s something going on over the licence plate and I don’t see that on Furies.

This postcard was sent from Cali in Colombia to Mission Viejo in California on 20 July 1972 by Mike and Nanneke, who say they have travelled 1,700 miles already. These were the days before Pablo Escobar and the Carli Cartel.

Maybe it is siesta time as it certainly doesn’t look busy in the avenida leading up to the gothic looking twentieth century Iglesia La Ermita.  Now there are no cars on the avenue at all as a huge tunnel has been built beneath it to alleviate the traffic problems that must have developed after the photo was taken.

I don’t think it’s a Fury. If you have any ideas then leave them in the comments box. Thanks.

One thought on “Car in Cali”