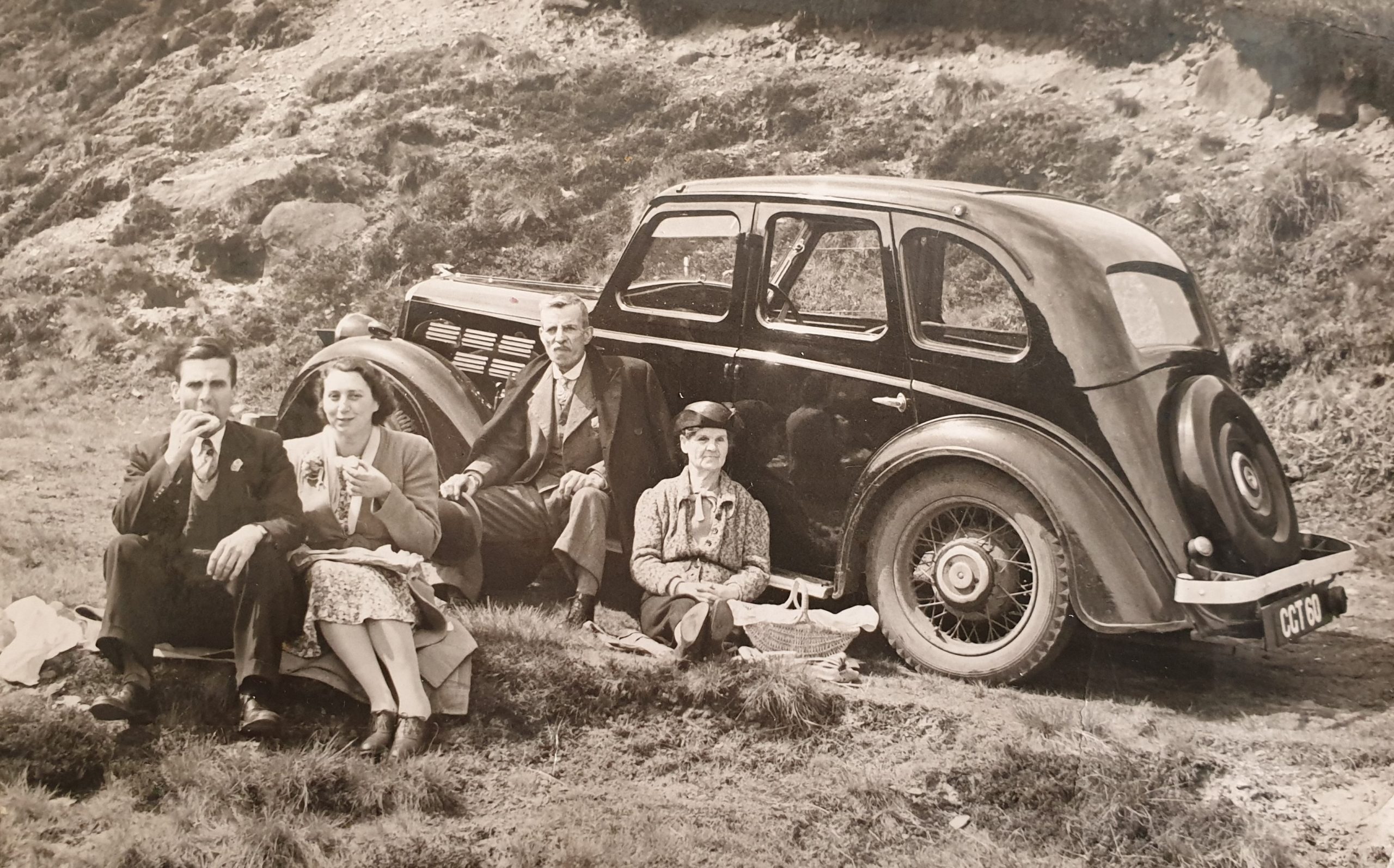 So what do you think? Was this taken on a timer or was it taken by a fifth person? I don’t know, but I do know this is Morris Twelve. It is also a postcard. Not one made for commercial resale, but an image processed on Kodak postcard card for someone to send to friends and family. Having a lovely time, Wish you were here with us and our Morris Twelve!

Here’s another Twelve from Wikipedia.

These are Series II cars which came out in 1935. They have wire wheels (which were called Magna Wheels) and the one in my postcard had a sunroof. What I have been unable to discover though is what the two little ‘things’ are above the side front and rear windows. They look like vents.

In my meanderings around the Web in search of more information I did find some articles and videos but about the Series II, but quite frankly I thought they were a little dry. So, instead, I’d like to share with you a delightful and very informative video I came across about the Series III Morris Twelve. This came out two years later, in 1937, but I guess it’s much the same.

So here is Two go off in an old Morris (with a map, and no sense of direction) starring Kate and Sorrel.