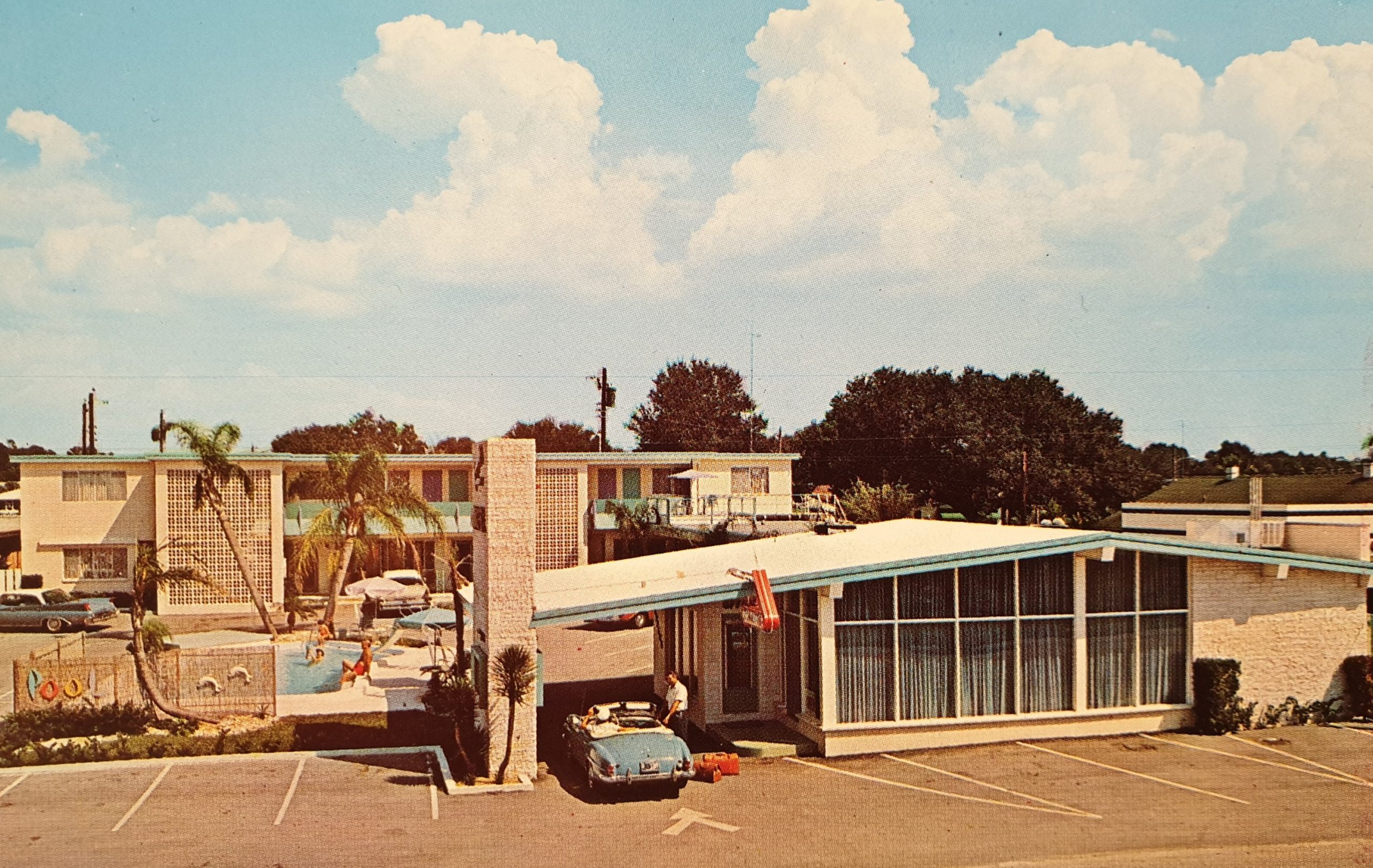 Posted on
3 months ago2 months ago
Tagged
Mercedes

Here’s another postcard showing a modern building (and a car of course).

Motels have got a bad name these days. Premier Inn and Travel Lodge are hotels in the UK. Over in France the cheap Hotel Formule 1 chain on the motorways are, as their name makes clear, hotels not motels. Even in the States they’re dropping the term, often replacing it with the term Inn.

Back in the fifties it was different. Motels were modern and there was no stigma attached. They were part of an American world that celebrated the automobile, large tail fins, the drive in (cinema) and the drive through (fast food eatery).

This is the Edgewater Drive Motel at 1919 Edgewater Drive in Clearwater, Florida. And not just the cool building in the foreground. That’s just the gatehouse. The motel is in the background behind the pool. It’s all gone now. The plot was for sale in 2018 and looked like this…

The car is a Mercedes 190 SL. These were produced between 1955 and 1963 and had a two litre four cylinder engine. A toy to the Americans, with what they must have considered just half an engine.

In the background over on the left is a proper car (so our American cousins might have thought). I’m not sure what it is – a DeSoto? Whatever it is, it would have had twice as many cylinders as the SL for sure.

I have another Mercedes 190 SL in my collection, if you’re interested – see An SL with mirrors at the Tamar Bridge.

I like the colourful letters used to indicate the pool but not he umbrellas. It needs the umbrellas from the Restorama postcard.