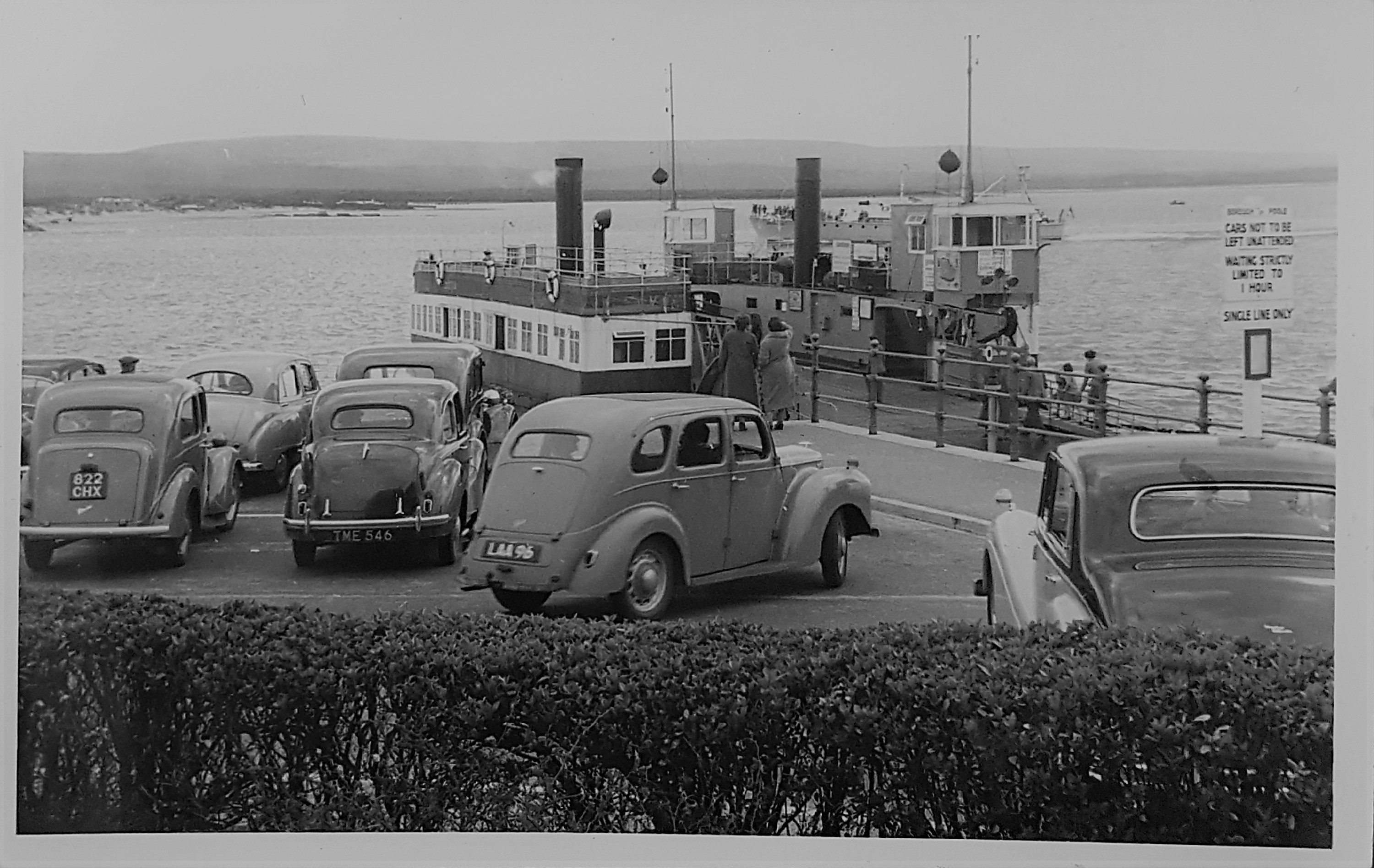 Posted on
2 years ago1 month ago
Tagged
Armstrong Siddeley, Rover

On the back of these two photographs are written the words “Poole Harbour”.  Curious to see where the crossing was, I found myself on the Simplon Postcards website where the history of the Sandbanks-Studland Chain Ferry, which was run by the Bournemouth-Swanage Motor Road & Ferry Company, is well told. See Sandbanks Ferries.

From the age of the cars I would guess this photo was taken prior to 1958 in which case this should be Ferry #1 or Ferry #2. However, what I don’t understand is why my ferry doesn’t look exactly like the ones on the Simplon website…

The ferry in my photos seems to have a bridge whereas the pictures above don’t. Odd. Someone will probably tell us and explain that I’m blind to the obvious.

Anyway, what is this? A blog about ferries! So, what caught my eye was the very regal car over on the right. An Armstrong Siddeley Sapphire 346. These quality cars were built from 1953 to 1958  and had a 3.4 litre straight six engine which could haul this great limousine up to 60 mph in a respectable, for the day, 13 seconds and on to a top speed of 100 mph.

Another car which caught my eye was the Rover 60 or 90, which looks positively modern compared with the others… a proper boot for one thing. That Rover’s number by the way is now on a Ford Focus Sport TDCI.  RJW555, did you know you were famous?