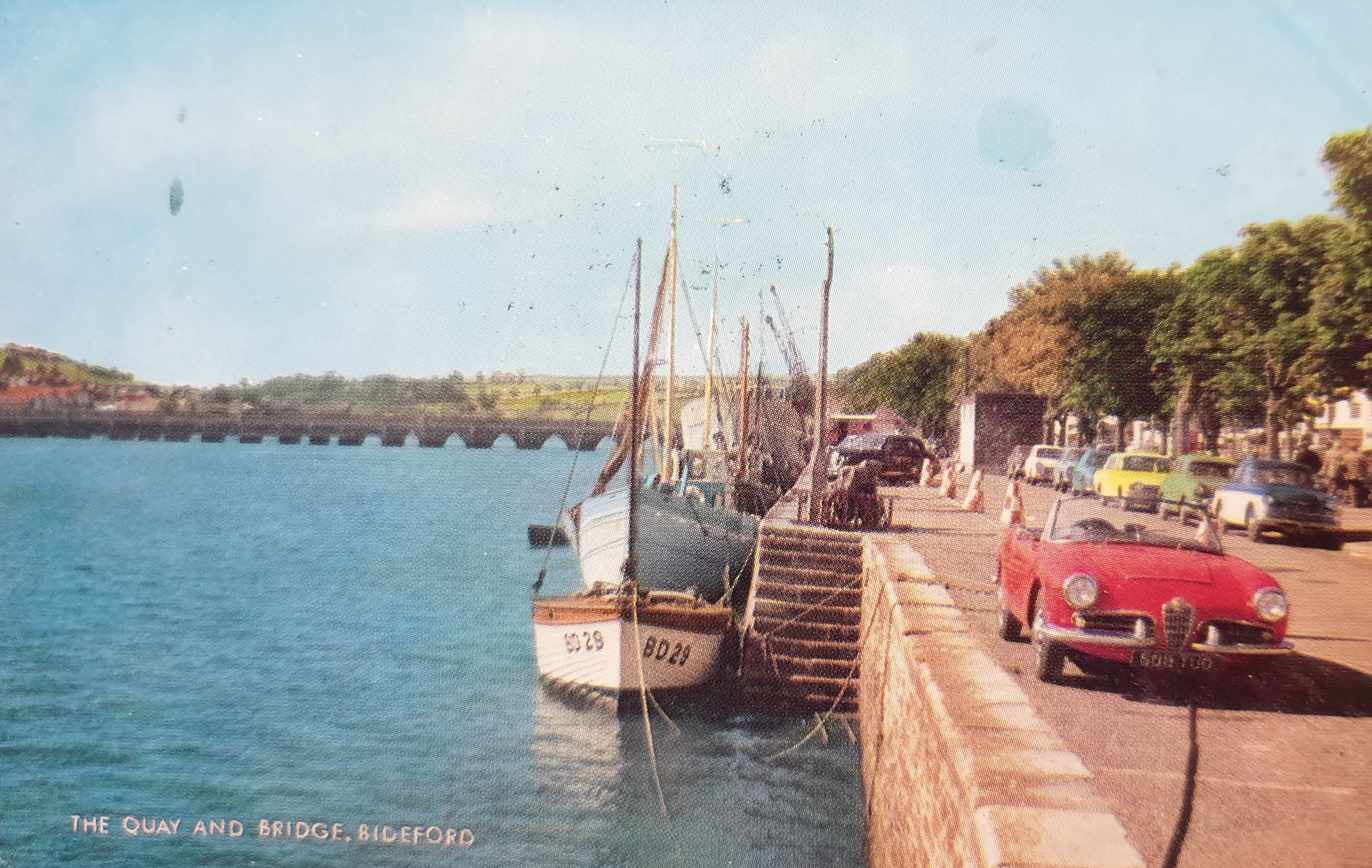 This postcard was posted on 28 September 1981 but the photo was taken much earlier I guess. That yellow Ford Consul Corsair seems to be the most modern car and that was produced from 1963 so no earlier than that, but that lovely little Alfa Romeo Giulietta Spider is much older. For a while I thought it was something special (well it is, I know) because I didn’t think they had air scoops on their bonnets which this clearly does, but in fact the early ones did it seems.

A 1960 Giulietta Spider with the bonnet I know.

A 1955 Giulietta Spider with the bonnet scoop.  I prefer the earlier design.

Postcard messages can be brief. Having a lovely time. Wish you were here. That sort of thing. This one takes the biscuit . “Love from Auntie Rhoda and Uncle George. ” That’s it. No mention of the Alfa.

One thought on “Alfa Romeo Scoop!”