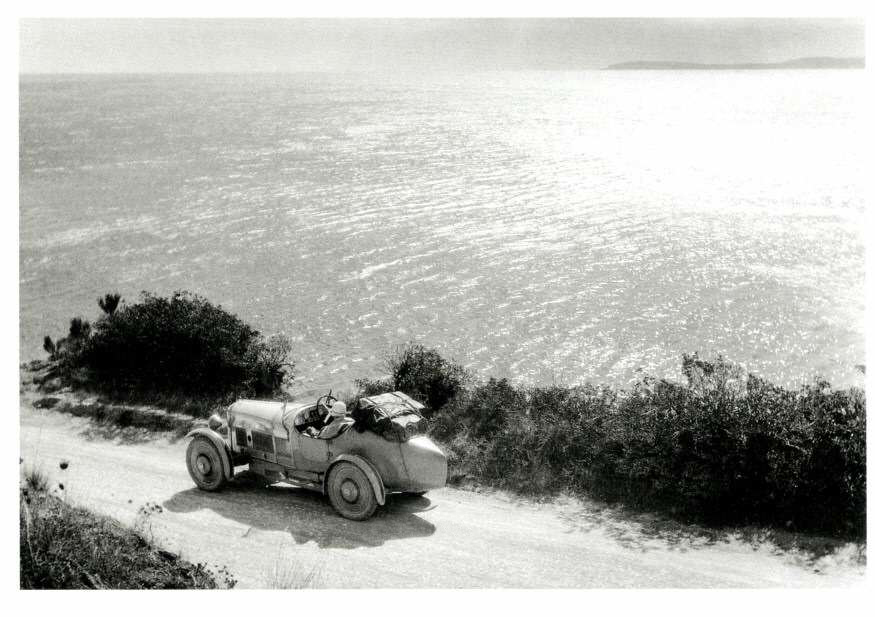 Posted on
5 years ago
Tagged
Amilcar

When I saw this postcard (it’s not old) I was immediately captivated by the scene and thought initially it was of a pre-War race car on some lonely stretch of road alongside the Med.  On closer inspection I realised that the head gear of the ‘navigator’ was not a flying helmet at all but a woman’s cloche and all that luggage probably implied a vacation rather than a race. Even more evocative then… a romantic couple driving around the Med on holiday some time between the Wars. What an adventure!

The one thing I was correct about was the location – the Mediterranean, for on the back was printed ‘1927, 12 Septembre. Mediterranee, Jacques-Henri Lartigue Photographer’. A little bit of internet research soon uncovered a wealth of material about Lartigue and also about this particular photograph of his Amilcar CGS3 (The 3 in the model designation referring to the third seat under all that luggage in the photo).

A few other interesting facts emerged too… In 1927 it was an Amilcar that won the Monte Carlo Rally and two days after Lartigue took this photo nobody thought of photographing the car that wound Isadora Duncan’s scarf just down the road in Nice. Some say it was a Bugatti but there seems to be more evidence that it was an Amilcar. However, without the photographic evidence we will never know the details of her death.

But back to 12 September 1927… This has got to be my favourite photo of the Med. Thirty-five years ago I hitch-hiked around the French Riviera. When I next visit, I’ll try and find this view.

One thought on “Driving by the Mediterranean”