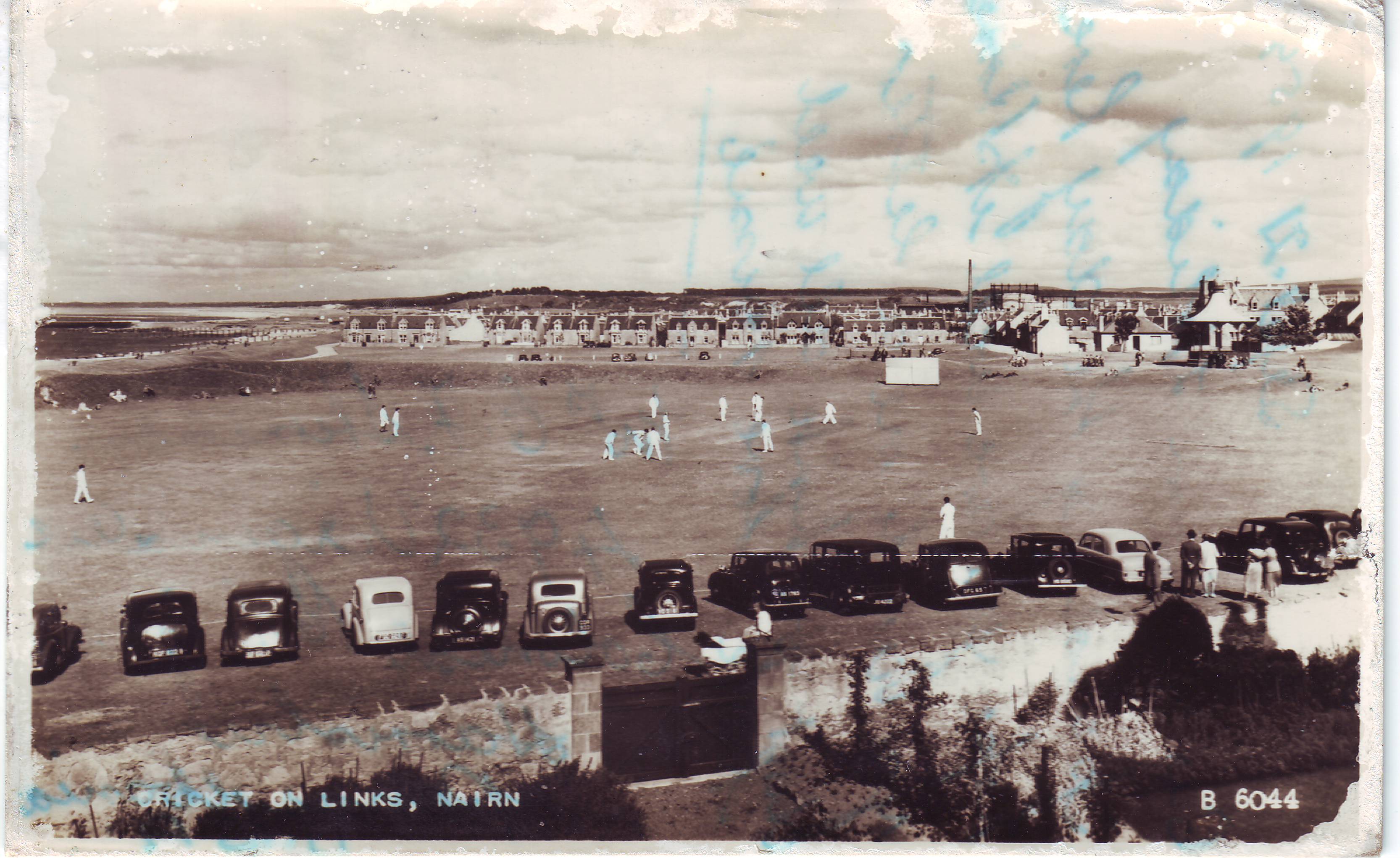 Posted on
6 years ago
Tagged
Ford

This postcard arrived in the post today from the USA, an ebay purchase, undoubtedly by a friend of mine in the UAE who is keener on cricket that cars.  It’s a beaten up old card, unposted and with no message on the back.  The cars are not on streets (the cricket is not on a pitch), it is out of focus and it has some blue ink smudges on it. Nevertheless, I think it deserves a place on this blog.  The photo was taken in Nairn, Scotland in the early nineteen-fifties I guess.  If it weren’t for the Ford Consul (in front of the gaggle of people on the right) you might suppose it was late forties, but that Consul was only available from 1951 and how modern it looks against all those forties’ designs with their separate chassis, wings and running boards and visible spare wheels. That Consul is just so modern! I think it was one of the first British cars (though designed in the US)  to have a three-box design bodywork and be of a unitary construction.