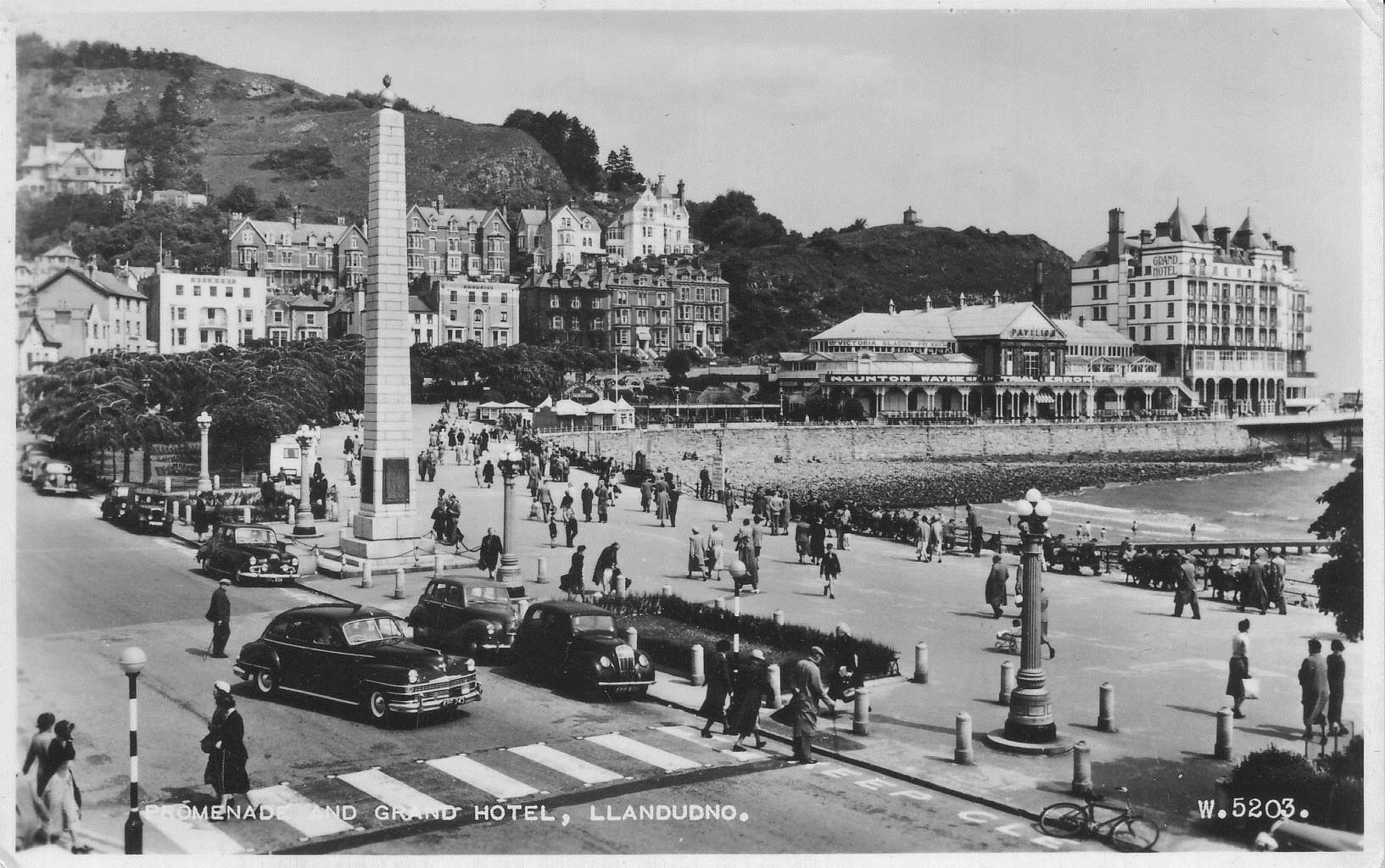 Llandudno, North Wales and that’s an enormous 1947 right-hand-drive Chrysler circumnavigating the old chap crossing the road not on the crossing.  There’s another old chap on the crossing but he may have fallen asleep. There were quite a few American cars in the UK after WW2 but I’m surprised to see it’s RHD.

The postcard was posted  on 12 October 1956 by a Hilary with rather poor handwriting to someone in Kenton. She has arrived in one piece and the journey had been great fun – much better than by train. So I guess she caught a coach or came by car? She also mentions a conference which a quick Google reveals was the Conservative Party Conference of that year. If you’re interested, check out this British Pathe newsreel. The big issue was Suez and a month later petrol rationing was introduced in the UK hitting that old Chrysler a little harder than most.

One thought on “Post War Yank Dodges Pedestrians in Llandudno”