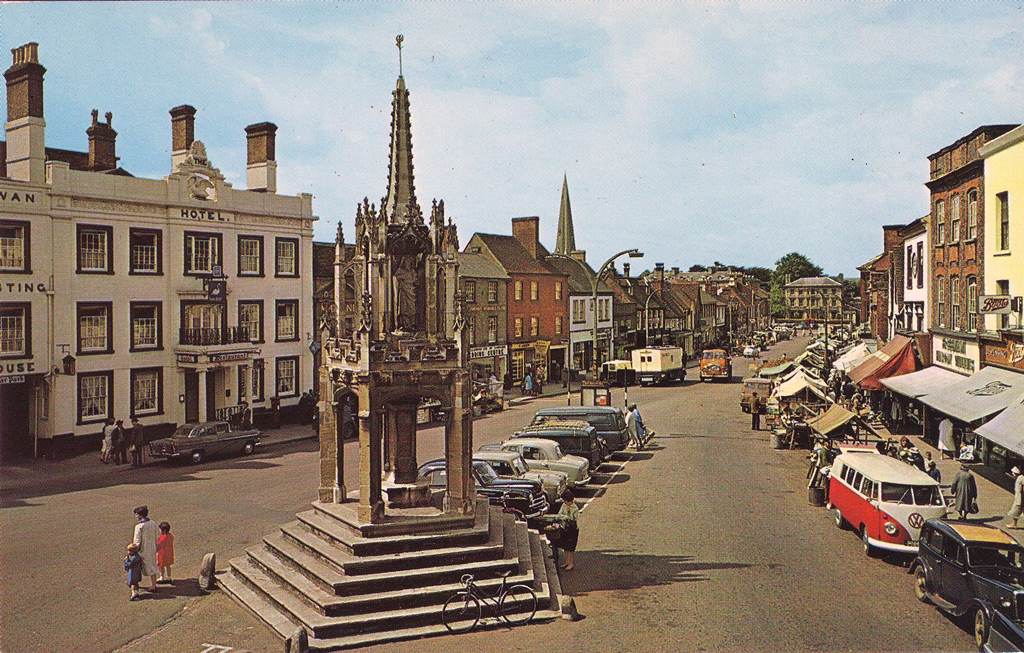 Posted on
6 years ago2 years ago
Tagged
Vauxhall, VW

If you only saw this part of the postcard you could be excused for thinking that  that blight orange, split-screen VW Type 2 (more commonly called ‘camper van’)  was exploring some third world country, but when the rest of the post card is revealed we see it is Leighton Buzzard with its five-sided  15th century Market Cross.

(Nice Vauxhall Victor in front of the White Swan Hotel. Looks like an early one with exhausts exiting through holes in the bumber over-riders below the rear lights).